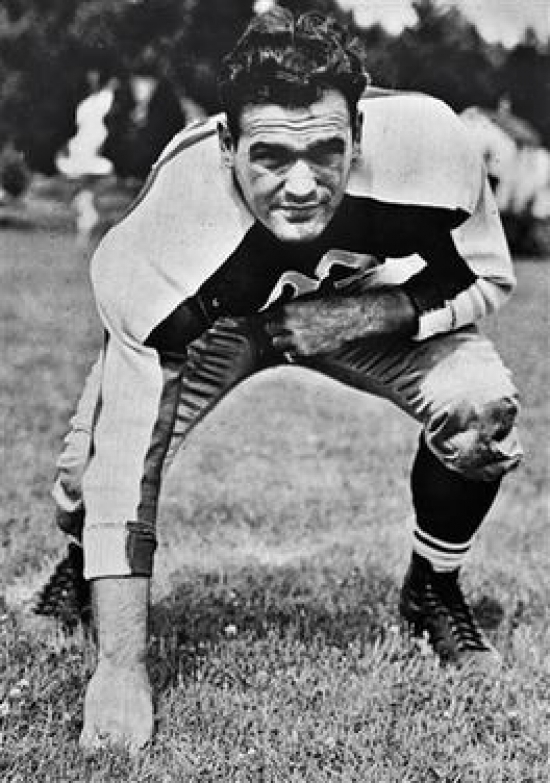 Jack Ferrante had a unique path to the National Football League as not only was he not drafted, he never played ball in College Football at all.  In fact, he never even finished high school.

Let that sink in for a minute.   If you were like us,  you might have automatically thought about the Mark Wahlberg film about Vince Papale, which is an excellent story in itself, but Papale was not nearly as good as Jack Ferrante.

Ferrante would play semi-pro football and impressed the Eagles brass enough at a tryout to latch onto their farm team (The Wilmington Clippers) and played a couple of games in 1941 and would make the team for good in 1944 and by 1945 he was one of the better Ends on the team. He would finish in the top ten in Yards per Reception five times and would help the Eagles win the NFL Championship in 1948 and 1949.  Ferrante scored 31 Touchdowns and caught 16 passes for 2,884 Yards in a career that would only transpire in Philadelphia.

He would be named to the 1940’s All-Decade Team, which again, when you remember where he came from, is such an incredible accomplishment.

Should Jack Ferrante be in the Hall of Fame?