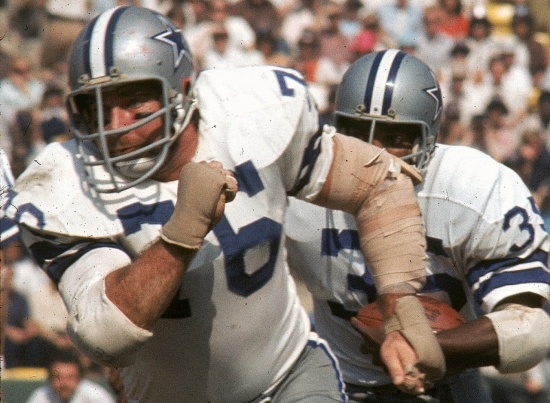 John Niland won the starting job at Left Guard for good in his second season in the NFL (1967) with the Dallas Cowboys, and would then go on to stake a claim as one of the elite Offensive Guards in the National Football League.  Niland would be named to the next six Pro Bowls and landed a pair of First Team All-Pros in the process (1971 & 1972).  The former Iowa Hawkeye would win a Super Bowl with the Cowboys in Super Bowl VI.

Should John Niland be in the Hall of Fame?