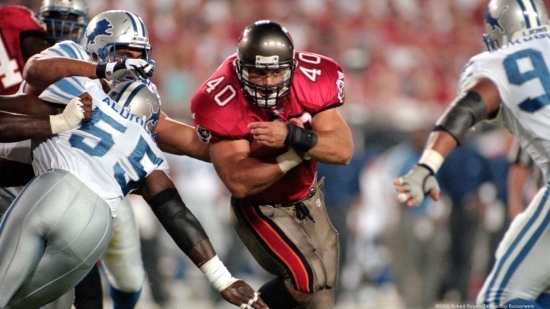 The Tampa Bay Buccaneers were loaded with defensive weapons when they won Super Bowl XXVII and were an excellent team before and after.  It is the Bucs defense where the focus is always placed, and the offense is not often discussed.  Whenever it is, Mike Alstott is usually the first name that comes to people's minds.

Alstott was a vital cog of that Buccaneers team, and perhaps one of the last great Full Backs in the history of the game.  Alstott would go to six straight Pro Bowls (1997 to 2002) and was a First Team All-Pro in the first three.  He played his entire career with the Bucs, and he would score 71 Touchdowns with 7,372 Yards from Scrimmage.

Should Mike Alstott be in the Hall of Fame?