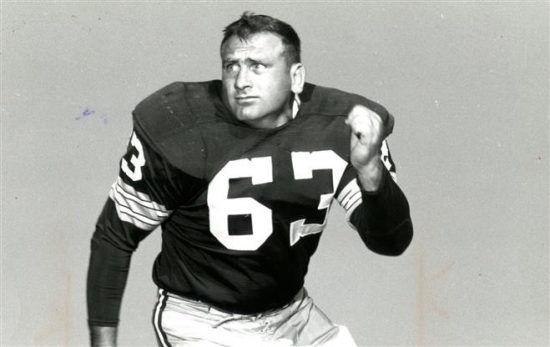 Fuzzy Thurston may never have made a Pro Bowl, but we have no problem ranking him high on this list.

Thurston was not just the beneficiary of playing for a great dynasty in the Green Bay Packers during the late 50s and 60s; he was also a vital cog in their machine and part of their legendary "Packers Sweep" along with Hall of Famer, Jerry Kramer.  Joining the Packers after spending a year in Baltimore, Thurston became a fixture on the left side of the O-Line and would become one of only four players to win six Championships (1958, 1961, 1962, 1965, 1966 & 1967).  Thurston is a member of the Green Bay Packers Hall of Fame, and while, as mentioned, he was never a Pro Bowler, he was a First Team All-Pro in 1961.

Should Fuzzy Thurston be in the Hall of Fame?