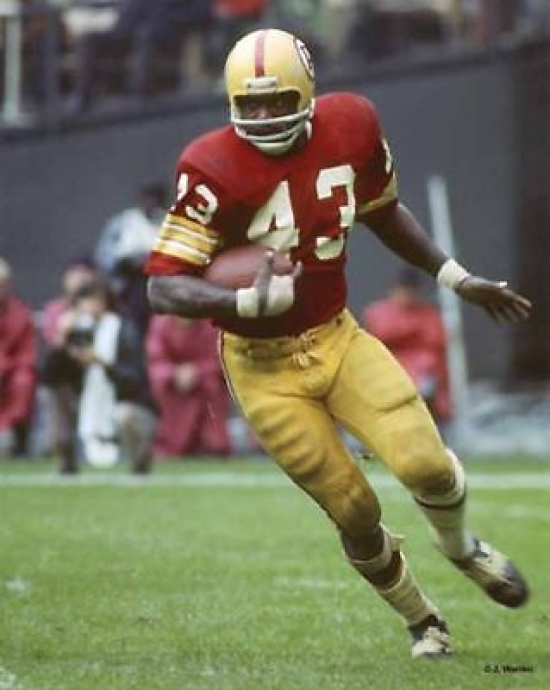 You don't expect an eighth-round pick to become one of the best at his position in his first four seasons, but Larry Brown, the afterthought from Kansas State, did exactly that.  The new Washington Redskins Head Coach, Vince Lombardi pegged Brown, to become the starting Running Back, and he blossomed after Lombardi noticed that he was hearing impaired in one year, and he was permitted to get an audio device in his helmet to listen to his Quarterback's signals.  It proved to work as Brown would go to the Pro Bowl as a rookie, and the next three seasons, which included two First Team All-Pros.  He had an excellent 1970, winning the Rushing Title, but in 1972, he was the league leader in Yards From Scrimmage and Approximate Value and would win the MVP, Bert Bell Award, and Offensive Player of the Year.  More importantly, that year for the Redskins, he would take them to the Super Bowl in a loss to the Miami Dolphins.

Brown would beset with injuries and but he would play his entire career with Washington and would accumulate 8,360 Yards From Scrimmage with 55 Touchdowns.

Should Larry Brown be in the Hall of Fame?