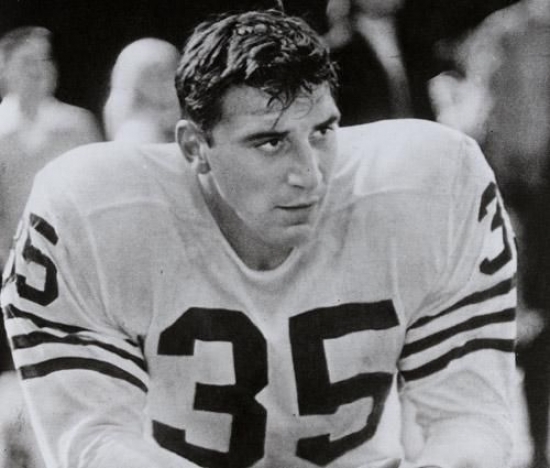 Alan Ameche was the Heisman Trophy winner in 1954, and the Wisconsin Badgers star promptly went 3rd Overall in the Draft.   Chosen by the Baltimore Colts, he would win the NFL Rookie of the Year, leading the league in Rushing Yards, Rushing Touchdowns, and Yards from Scrimmage.  This was Ameche's best statistical year, but he would become an offensive fixture on an excellent Colts team that would win the NFL Championship in 1958 and 1959.  It was in the former title that Ameche cemented his legacy as in that game (which has been dubbed “The Greatest Game Ever Played”) as the Running Back scored two Touchdowns, including the game-winning one that would beat the New York Giants.  That alone makes Alan Ameche an iconic figure in Pro football lore.

Should Alan Ameche be in the Hall of Fame?