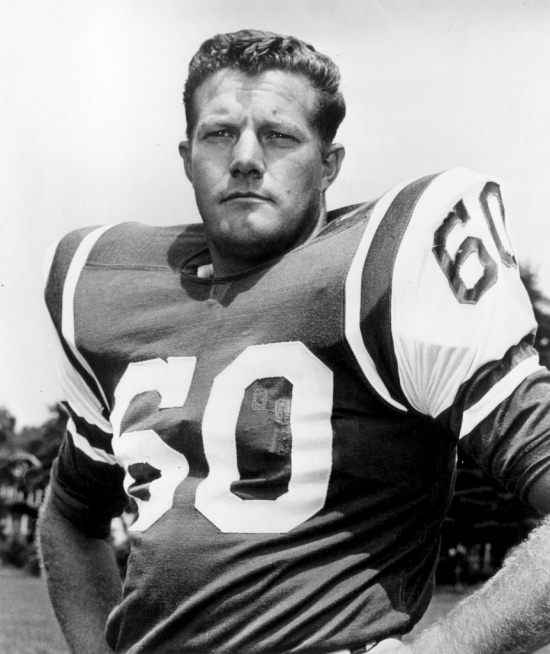 From the University of Mississippi, Larry Grantham was a second round pick by the New York Titans in 1960 (he was a 15th rounder in the NFL) and a member of the original team.

Grantham would be a great choice by the Titans (soon to be Jets) as he was one of the best Linebackers that the organization ever had and the backbone of their defense throughout the 1960s.  The tackling factory went on an immediate streak of five First Team All-Pro Selections, with Second Team Selections in three of the next four seasons.  He would be a member of the Jets' shocking Super Bowl III win, and the tackling machine would spend 13 years with the Jets.

Should Larry Grantham be in the Hall of Fame?