Spheniscus comments on the RRHOF Selections 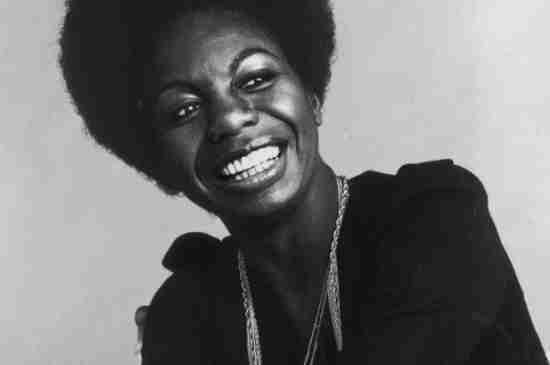 25 Dec
2017
Not in Hall of Fame
Congrats to the six newest members of the Rock and Roll Hall of Fame: Sister Rosetta Tharpe, Nina Simone, The Moody Blues, The Cars, Dire Straits, and Bon Jovi! 11 quick thoughts on this class:

1. The Good: The Rock Hall voters had a quality list of candidates to choose from with limited pet projects. That is reflected in this group. There isn’t a single one that is undeserving. And these are all acts that have been waiting a long time. Bon Jovi has been eligible for nine years and they are the most recent band on this list. Sister Rosetta Tharpe and Nina Simone have been eligible since the Hall opened in 1986. While there were other acts I thought might get in, this is a good, solid (somewhat safe) Rock Hall class of acts that have been waiting a while.

2. The Bad: One of the biggest criticisms levied against the Hall is that if you aren’t a white guy it is very hard to break through and in. And while this is a worthy group of people, ti is a pretty homogenous group. There are twenty five people going in this class. Two are women and two are not white and they are the same two people. And for what it is worth, both have been dead for quite some time (Simone since 2003 and Tharpe since 1973).

Part of this is that the voters can only vote on the nominees in front of them. They had 19 choices this year and only five of the over fifty people in those groups combined were women: Tharpe, Simone, Kate Bush, Chaka Khan, and Annie Lennox (with the Eurythmics). So 40% did get in, although the voters only actually chose Simone as Sister Rosetta Tharpe got a special award. Still with so many quality female artists who have never been nominated, (Tina Turner, Diana Ross, Cher, Carly Simon, Patti LaBelle, Pat Benatar, Connie Francis, and Emmylou Harris just to name a few) getting them in one at a time seems tokenism at best.

3. The Unnecessary: Going back to Sister Rosetta Tharpe, it was apparent that she was going to be inducted as soon as she was nominated. Rock Hall geeks like me have been pushing for her to be inducted as an early influence for the past 15 years at least. That said, there was no way she was getting in via the vote, she was always going to be the early influence. So why put her on the ballot? It just crowds an already large group and spreads the votes out even more. The Rock Hall has done this two times before with Wanda Jackson and Freddy King and were roundly criticized for it. It is just unnecessary. If there is an old time act you want to induct in a seniors committee sort of way, just do it. Don’t put them on the ballot.

4. The Popular: The Rock Hall has had an online vote for the past six years, the results of which are supposed to count for only one of the 450+ votes that go in every year. Not coincidentally, the band that has won the online vote every year has gone in vote (Rush, Kiss, Stevie Ray Vaughan, Chicago, Journey, and now Bon Jovi). I originally said as soon as they were nominated that Bon Jovi should start preparing their speeches then as they were clearly winning that vote.
Interestingly, this year the top four vote getters on the online poll all got in: Bon Jovi, The Moody Blues, Dire Straits, and The Cars in that order (Nina Simone was 10th). So it would be interesting to see how many voters listened to the public in filling out their ballots.

5. The Shocking: Finishing 12th on that list was a band pretty much everyone was sure was going to be a first ballot inductee: Radiohead. But they ended up not making the cut. Part of that may be that they announced that if they were elected they would not be at the ceremony as they had a concert in Buenos Aires that day they were unwilling to move. Something similar allegedly happened with 2017 inductee Yes when they had a cruise for Yes fans back in 2014 they were unwilling to move if they were elected. The rumor was that they did make it, but since they weren’t willing to work with the Hall, the Hall didn’t let them in. Don’t feel bad for Thom Yorke and company though. They’ll be back next year.

6. The Critics Choice: It is great to see Nina Simone get in. She was highly talented and incredibly influential musician and political activist whose heyday was from the late 50s to early 70s. The problem I expected for her was that her lack of hits was going to hurt her chances of getting in. I mean, while “Sinnerman” is one of my favorite tracks of all time, her greatest hit is 1958’s “I Loves You, Porgy” which has largely been lost to history at this point honestly.

But what I underestimated was while she is not as well remembered by the public, she is not just loved but beloved by many in the music industry. There was almost universal support amongst artists when she was first nominated that of all of the nominees she should be the one in. They got her. And it is really about time. If you don’t know her, find her today.

7. The Overlooked: This is another win for bands that have been passed over for years without a nomination. Simone and Tharpe waited 32 years to get in on their first shot at the Hall. The Moody Blues waited 28. Dire Straits 14.

This follows a pattern that has been occurring since they revamped the nominating committee. Lots of “forgotten bands” are getting their shot and getting in after waiting more than 10 years for a chance. In the past five years we’ve had Hall and Oates, Linda Rondstadt, Peter Gabriel, Bill Withers, Cheap Trick, Chicago, Steve Miller, Electric Light Orchestra, Joan Baez, and Journey get through this way. That is a good sign for groups like: America, Bad Company, Blood, Sweat, & Tears, Blue Oyster Cult, Jethro Tull, Kansas, King Crimson, REO Speedwagon, Roxy Music, Styx, Supertramp, The Doobie Brothers, The Pointer Sisters, Three Dog Night, Uriah Heap, Wings, and many others who have been eligible since at least 2000 and have no nominations.

8. The Opening Doors: Every time an act is elected that tends to open a door for someone else. Sort of a situation where X can’t get in until Y is in, which is the argument that happened with KISS not getting in before Alice Cooper. So who does this class help?

Bon Jovi is a help for other 80’s big hair rock bands like Def Leppard and Motley Crue and perhaps following acts like INXS.

Dire Straits helps other 70s and 80s guitar groups like Steppenwolf, Blue Oyster Cult, The Doobie Brothers, and perhaps groups like the Pixies and even the Flaming Lips.

Nina Simone removes one of the longest overlooked women. That gives more hope for Patti LaBelle. We are now 32 years into the Rock Hall and Patti LaBelle is not enshrined in any way, shape or form. That is a travesty.

And the Moody Blues gives help to those remaining British invasion groups who haven’t broken through yet like their fellow nominees The Zombies, Manfred Mann, Herman’s Hermits, and Gerry and the Pacemakers.

9: The Left Behind: So what does this mean for those who were not elected? I think this may be the only nomination for Kate Bush, who was another pleasant surprise to see on the ballot, but just doesn’t appear to have either the public or critical support to get back on. LL Cool J had his 4th nomination but first in five years and with other rap acts such as Notorious B.I.G., Dr. Dre, and Snoop hitting the ballot over the coming years, it may be a while before we see him as well.

The others: Depeche Mode, Eurythmics, J. Geils Band, Judas Priest, Link Wray, MC5, Radiohead, Rage against the Machine, Rufus with Chaka Khan, The Meters, and The Zombies should all be back in consideration in coming years. In fact, I’d be surprised not to see at least Radiohead, Rage, and the Priest back again next year.

10: The Coming Attractions: Look for Snoop Dog, Dr. Dre, The Roots, and Dave Matthews Band to join the ballot next year as potential first time eligibles (with Counting Crows, Toni Braxton, and Sheryl Crow also being possibilities). I’d also expect Janet Jackson, Kraftwerk, Nine Inch Nails, and Jane’s Addiction to resurface from previous ballots. Finally, don’t be surprised if Tammi Terrell or Leslie Gore end up being the female artist they rediscover for the ballot next year.