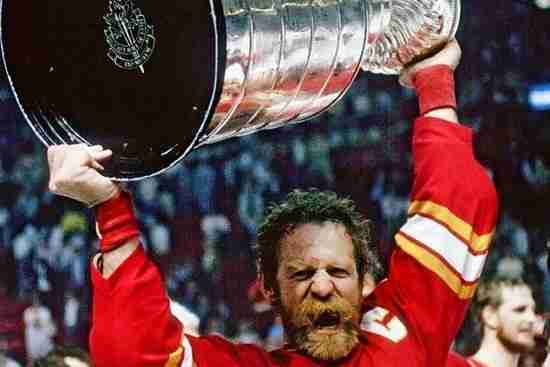 13 Jun
2016
Not in Hall of Fame
We here at Notinhalloffame.com thought it would be fun to take a look at the major awards in North American team sports and see how it translates into Hall of Fame potential.


We are taking a look at the NBA Defensive Player of the Year, which if you ask us is the most undervalued award in all of professional sports.

Interestingly, there has never been a duplicate winner of this award and there is little reason to think that will change.

Realistically, the winners of this award will result in the least scientific look of the respective winner, as statistics are not meant to be the first metric looked at.

How will this one turn out?

The following are the past players who have won the King Clancy Memorial Trophy who are eligible for the Hockey Hall of Fame and have been enshrined.

By this point, Lanny was still an effective leader but was not necessarily at a point where he was putting the puck in the net.  Still good in doing the unsung work of the game, McDonald only score 23 Points this season, but was a season away from retirement, but more importantly winning his first Stanley Cup.  Inducted into the Hall of Fame in 1992.

Like Lanny McDonald, Bryan Trottier was in clear decline at this point and was coming off his worst performance of the year, though he would have four more seasons in the NHL each of which would follow the pattern of being his worst offensive output.  Trottier was however a bona fide star earlier in his career with the Islanders Dynasty and was active in Special Olympics and Make-A-Wish Program.  Inducted into the Hall of Fame in 1997.

This is the first King Clancy winner who had a solid career after winning this award.  Bourque was only 31 and was still a Norris Trophy Winner and Stanley Cup Champion after this accolade.   While he is not the first to win this who was on the downswing of a career, he is still a hockey player who had a lot left in the tank.  Inducted into the Hall of Fame in 2004.

Joe Nieuwendyk was in the prime of his career at this point and was about to move on to the Dallas Stars and win the Stanley Cup and Conn Smythe, a performance that might have put him over the Hall of Fame hump.  Inducted into the Hall of Fame in 2011.

Ron Francis won this award at age 38 and was already a Hall of Famer by this point.  He would win his third of his three Lady Byngs this year andalready had 1,500 career Points.  He would play two more years in the NHL.  Inducted into the Hall of Fame in 2011.

Ron Francis won this award at age 38 and was already a Hall of Famer by this point.  He would win his third of his three Lady Byngs this year andalready had 1,500 career Points.  He would play two more years in the NHL.  Inducted into the Hall of Fame in 2013.

The following are the players who have won the King Clancy Memorial Trophy who are eligible for the Hockey Hall of Fame and have not been selected:

Let’s continue the pattern as Kevin Lowe was already in decline by this point.  Still this is arguably the best Edmonton Oiler who has not made the Hockey Hall of Fame and he was a major contributor to charitable projects in the city of Edmonton.  Ranked #28 on Notinhalloffame.com.

Dave Taylor, who played his entire career with the Los Angeles Kings, would win his only individual trophies this season as not only dis he capture the Clancy, he was also awarded the Bill Masterton.  Taylor was 35 when he won this accolade and had his bet years behind him.  Still, his charitable work in SoCal earned this award.  Ranked #22 on Notinhalloffame.com.

Dave Poulin had a solid career and was one of the better defensive forwards in the game.  1993 was his last decent year and he would retire two years later.   Unranked on Notinhalloffame.com.

To date, Adam Graves is the youngest winner of the King Clancy, and the 1994-95 Season was by far his most memorable.  This was the season where he would win in his second Stanley Cup, and was a major part of the win.  This is also the only season where he was named a post season All Star.  Still, this was his peak, and a career worthy of Hall of Very Good.   Ranked #68 on Notinhalloffame.com.

The King Clancy Award would be the only NHL Award that fourteen year NHL veteran, Kris King would win.  The rugged forward was a fan favorite but was never going to be considered a Hall of Famer.  Unranked on Notinhalloffame.com.

Surprisingly, this is the only major award that Trevor Linden ever won in the National Hockey League.  Linden will go down as one of the most respected players in hockey but that does not mean he was one of the best.  He was a very good player though, and will forever be an icon in Vancouver.  Ranked #73 on Notinhalloffame.com.

Not only is this the only NHL Award that Kelly Chase won, this is the only time he was remotely close.  Chase was a goon, who never had 100 career Points but off the ice, his charitable efforts made him a saint.  Unranked on Notinhalloffame.com.

Scoring only 4 Points in this campaign, like Kelly Chase, Rob Ray was a popular figure for his fisticuffs.  Ray, who would play a total of 900 NHL Games and would lead the NHL in Penalty Minutes twice, including his King Clancy Award winning season.  Unranked on Notinhalloffame.com.

The first Goalie to wing the King Clancy, “Cujo” was one of the more respected netminders of his day, yet this was the only award that Joseph would ever win.  He was however a two time All Star, the second of which took place this season.  Ranked #17 on Notinhalloffame.com.

Shjon Podein had a great 2000/01 season as not only did he win the King Clancy Award but would be part of the Colorado Avalanche Stanley Cup win.  Podein is not a Hall of Famer but has a ring, which is likely good enough for him.  Unranked on Notinhalloffame.com.

Olaf Kolzig might be the second Goalie to win the King Clancy, but he is the first European to win it.  At this point in his career, his best years were behind him and he was five seasons removed from his lone Vezina Trophy and First Team NHL nod.  Unranked on Notinhalloffame.com.

This was the only award that Ethan Moreau would win and the sixteen year vet would have 287 career Points, not a number that will ever get him a Hall of Fame look.  Unranked on Notinhalloffame.com.

Doug Weight was a four time All Star, and in his final season in the National Hockey League he won his only individual award, the King Clancy.  Weight is a player who is on the wrong end of the HOF bubble, but at least he is on the bubble.  Ranked #34 on Notinhalloffame.com.

The following are the players who have won the King Clancy Memorial Trophy who have retired but have not met the mandatory years out of the game to qualify:

There are few players who were as respected as the first Finnish recipient of the King Clancy, Saku Koivu, and he will have a spot on our Notinhalloffame.com list once he is eligible.  Saying that, we are not expecting him to get inducted.  Koivu will be eligible for the Hall of Fame in 2017.

Possibly the best Ottawa Senator of all-time (including both incarnations), Daniel Alfredsson won the King Clancy late in his career, but was already a 1,000 Point scorer, a Second Team All Star and a Calder Trophy winner.  We expect that after a few years of eligibility he will enter the Hockey Hall of Fame.  Alfredsson will be eligible for the Hall of Fame in 2017.

The following are the players who have won the King Clancy Memorial Trophy who are still active.

Jarome Iginla won this award at age 26 and built up his Hall of Fame resume since then.  We expect him to be a Hall of Fame lock.  Currently with the Colorado Avalanche.  38 Years Old.

Vincent LeCavalier won this award a year after winning his lone Rocket Richard and post season NHL All Star awards.  His career is winding down and it is not likely that he has done enough to make the Hall.  Currently with the Los Angeles Kings.  36 Years Old.

The overall career of Shane Doan screams “Hall of Very Good”.  He was a damned good player, but this was the only award he ever won (see a pattern?), but when we get to greatest Coyotes of all time, it is hard to imagine Doan not topping that list.  Currently with the Arizona Coyotes.  39 Years Old.

This will be interesting.  Patrice Bergeron is a three time Frank J. Selke Award winner and a Stanley Cup Champion, but is not a bona fide scoring forward.  What will happen here?  Currently with the Boston Bruins.  30 Years Old.

To date this is the only individual award that Andrew Ference has won and we don’t see that changing anytime soon.  He won’t make the Hockey Hall of Fame.   Currently with the Edmonton Oilers.  36 Years Old.

This can’t hurt.  Zetterberg will likely be a bubble candidate as he is a former Conn Smythe Winner and a former Second Team All Star.  A very respected player, a King Clancy is a testament to his character, which might be what helps get him in.   Currently with the Edmonton Oilers.  35 Years Old.

Honestly, I don’t know what this proved, but considering this is an award that talks about the real good guys of the game, it was worth the time and like we said at the beginning, this is not exactly scientific!

So what will we look at next?

We will go to what we consider to be the most undervalued award in sports, the NBA Defensive Player of the Year Award.

Look for that soon and as always we thank you for your support!