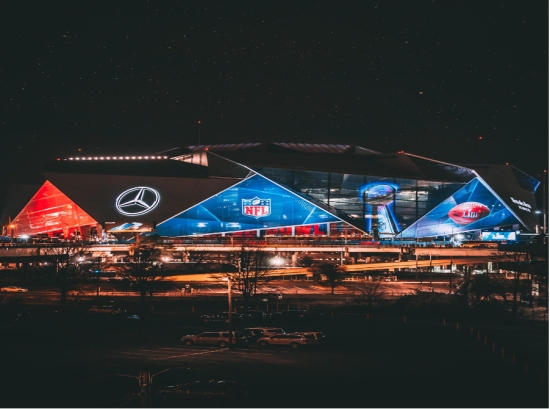 The Super Bowl is a fun sporting event that brings together America's favorite teams and players, as well as its most die-hard fans. If you've been looking forward to this year's game for months, this article is for you! In it, we'll cover various topics, from the history of the Super Bowl to the teams playing this year's game. Let's get started!

Where is Super Bowl LVII?

The Super Bowl will be played at State Farm Stadium in Glendale, Arizona. The stadium opened in 2006 and has hosted the Super Bowl four times since then.

The stadium located west of Phoenix is a prime illustration of technology and Innovation. It is also home to the Arizona Cardinals and the annual Fiesta Bowl. This Super Bowl LVII will be held on February 12th, 2023.

Who will win the Super Bowl LVII?

It's still challenging to determine which team will win the 57th Super Bowl as the teams who will play are yet to be determined.

How many Super Bowls have the Kansas City Chiefs won?

The Kansas City Chiefs have won two Super Bowls, the first in 1969 and the second in 2019. They've been to the Super Bowl four times and lost two games. The Chiefs are scheduled to play in their fifth Super Bowl if they make it to the Superbowl next year.

What was the first team to lose five Super Bowl games?

What is the most number of points scored by a single team in a single game in Super Bowl history?

The most points scored by a single team in a single game in Super Bowl history was 55. This occurred in Super Bowl XXIV when the San Francisco 49ers defeated the Denver Broncos 55-10. Conversely, the team that scored the least amount of points was the Los Angeles Rams, who only scored three points against the New England Patriots during their loss at Super Bowl LIII.

Who is playing halftime at the Super Bowl this year?

Super Bowl LVI halftime show headliner Rihanna is set to wow the crowd with an exceptional performance on Sunday, Feb 12.

The Super Bowl is known not only for football but also for its halftime performances. The Super Bowl Halftime Show has been around since 1993 when Michael Jackson performed at Super Bowl XXVII in 1993. Since then, there have been several memorable performances, including:

Beyonce’s performance in 2013, where she sang “Listen” while paying homage to Michael Jackson by performing “Billie Jean”;

Katy Perry's 2015 performance which was seen by more than 1 billion people worldwide;

The Super Bowl is a fun sporting event. It is held annually, and people from all over the country come together to watch the game, eat food and have fun. This year will be no different, as it will likely bring more than 100 million viewers worldwide.

The first Super Bowl was played in 1967, and the game has evolved over time. As a result, it has become one of America's most highly anticipated sporting events. There are many interesting facts about this event that you might not know, but now you do!

More in this category: « Hall of Fame: A Global Phenomenon The Best Grand Slam Final Ever »