What Makes Sports Memorabilia So Valuable? 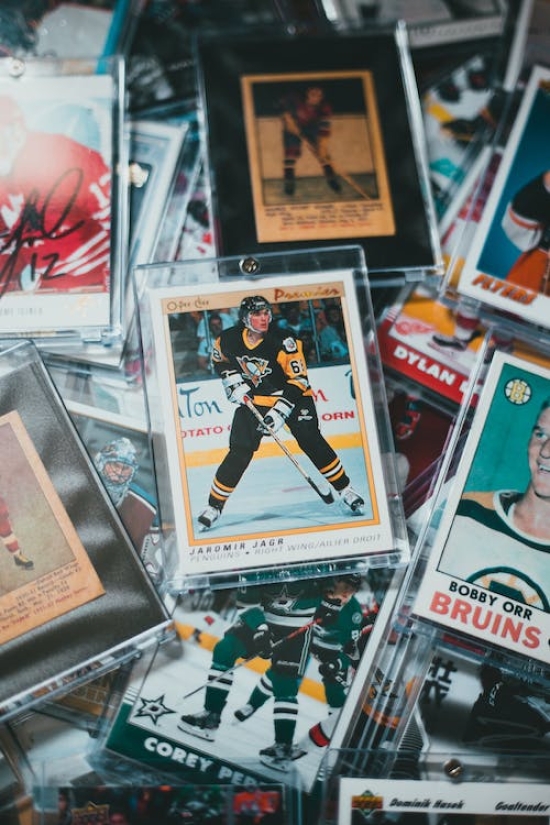 For decades, we've seen paintings and other renowned works of art sell for tens and even hundreds of millions of dollars. But in recent years, another type of collectible has been breaking records for sales prices. In 2022, agame-worn Michael Jordan jersey broke the $10 million dollar mark in an auction, a testament to the incredible value of high-end sports memorabilia. But what makes sports memorabilia so valuable?

A Massive Fan Base

One of the major factors driving the value of any collectible is the pool of people who might potentially want it. And when it comes to high-level sports, that group of potential buyers is huge.

In the United States, a rabid fan base of tens of millions of people follows the NFL, NBA, MLB, and NHL, as well as college football and basketball. Worldwide, the sport of football (or soccer) attracts an audience of billions for the top leagues and international tournaments like the World Cup.

Any of these people are potentially a market for sports memorabilia.

It's not just the size of the fan bases for sports that makes sports memorabilia so valuable. Even more important is the centrality of sporting competitions in the lives of so many of the fans.

Hundreds of millions of people around the world live and breathe their favorite sports and live or die with the fortunes of their favorite teams and players. And that emotional connection means that sports memorabilia is often extremely valuable to those fans.

It's no exaggeration to say that spectating sports is the primary leisure activity for a significant portion of the adult population of quite a few countries, including the United States. Many of these fans spend multiple hours a week watching games and pre/post-game analysis, and spend a significant chunk of their disposable income on their hobby.

Entire cities throw impromptu parties when the local team triumphs, and sink into despair after a crushing defeat. And all this passion means that sports create lasting memories in the fans who follow them.

Sports memorabilia is a conduit for that passion and emotional connection. Frequently, it evokes the memory of a touchstone within the lives of the fans. A set of rookie cards or BYU nft football cards can represent a favorite player of all time. A jersey can bring to mind the greatest game a fan has ever watched.

Finally, sports memorabilia's skyrocketing prices come from the scarcity of some of the particularly sought-after items. As with any commodity, the price rises when demand is much greater than supply. As has already been covered, the demand for sports memorabilia is tremendous. The second part of the equation is that supply is limited.

There might be a billion Lionel Messi, Cristiano Ronaldo, or Michael Jordan fans in the world. But how many authenticated game-worn jerseys exist? Hundreds, at best. Consequently, you'd have a million people for every piece of memorabilia, and prices reflect that.

For example, one of the most valuable baseball cards ever is aparticular Honus Wagner card, which sold for more than $7 million. Wagner was a great player, but not the best by any stretch. So, what makes his card so valuable? Very few cards were issued, and most were destroyed or lost over the years.

If your favorite NFL player is Tom Brady, how much would you pay for the football he used to throw the last of his eventual roughly 700 touchdown passes? There's a Tom Brady fan out there who'd pay millions for it.

Sports memorabilia draws its value from the intersection of a vast worldwide fan base, tremendous passion and lifelong memories, and the uniqueness and rarity of prized items. It may seem strange to think about a ball or a cardboard image fetching millions of dollars. But what those objects represent is a way of life, dreams, the pinnacle of achievement, and a status symbol all in one.