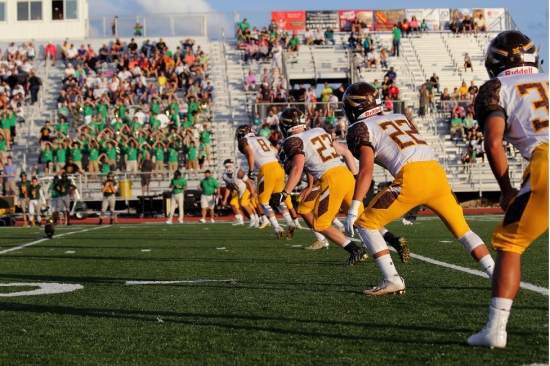 The upcoming start of actual football games means it is time to rank players on their actual football ability after an offseason spent continually ranking and re-ranking college football players on NIL deals and transfer portal changes. A good, old-fashioned 1-to-30 stacking of who is the best at playing football, independent of position, would be preferable rather than ranking players by team, conference, or where they may or may not be taken in upcoming NFL drafts.

Does Bryce Young automatically have the right to intimidate the opposition and NCAAF odds because he has a Heisman Trophy at home? Continue reading and get ready to be impressed. Get agitated if you're a ball carrier being pursued by Will Anderson.

The winner of the Bronko Nagurski Trophy from last year might be selected first overall in the upcoming draft. As a sophomore, the former Freshman of the Year turned into one of college football's top players, leading the nation in sacks (17.5) and tackles for loss (34.5).

When he filled in for Mac Jones in his debut season as a starter last season, the native of Southern California and former five-star prospect more than lived up to the promise. He not only set a school record with 47 total touchdowns, which helped him win the Heisman Trophy, but he also passed for 4,872 yards in a single season, a record for Alabama.

At Ohio State, Stroud is the coordinator of a potent offence. Coach Ryan Day claims to have noticed the quarterback's development and maturity since he was a Heisman Trophy finalist the previous year. Stroud may quickly return to the Heisman list after this season if everything goes according to plan.

Even with Chris Olave and Garrett Wilson on the roster, Smith-Njigba had a breakout campaign the previous year. With 1,606 receiving yards and nine receiving touchdowns, Smith-Njigba was the team's top receiver. Smith-Njigba will be one of quarterback C.J. Stroud's primary targets when he returns from injury.

Despite Texas' offensive line problems and the fact that he missed the final two games of the previous season because of an elbow injury, Robinson has Heisman potential. Last season, he ran for 1,127 yards and averaged 5.8 yards per carry. Robinson is poised for a big year in what may be his last campaign in Austin.

In the first round of the NFL draft, Georgia had three defensive linemen taken, including the top pick, Travon Walker. Perhaps Carter, a 310-pounder from Apopka, Florida, will prove superior. He made a tackle on average 11.7% of snaps last season and led the club with 8.5 tackles for loss. He is currently listed as the fourth-best prospect for 2023.

As a true freshman, Henderson rushed for 1,272 yards and 15 touchdowns last year. He was No. 6 among FBS running backs in terms of yards per rush and No. 12 in terms of yards after first contact. Henderson should perform even better this season now that he has a year of experience.

As a true freshman, Bowers was perhaps the most outstanding tight end in the nation last season. If he stays healthy, it's difficult to predict what he might do in his second season with the Bulldogs. In 2022, he recorded 13 touchdown receptions and 56 catches for 882 yards. He is expected to be Stetson Bennett's preferred target at quarterback once more.

USC's signing of Addison appeared to tip the scales from being dangerous this upcoming season to maybe posing a challenge for teams outside of the Pac-12. Can a wide receiver contribute that much? Given that he was the top wideout in the nation, will play in a better scheme, and has a superior quarterback, it is difficult to argue that he can't. Elite wide receiver talent, including JuJu Smith-Schuster, Michael Pittman, and Drake London, has been one thing USC has never lacked, even during its worst periods. However, none of them was successful in a Biletnikoff like Addison was.

Williams' abilities on the field are evident. The increased attention surrounding him doesn't seem to bother him is maybe his greatest strength. With all due respect, USC has lacked a player with this level of crazy confidence. He can single-handedly will this team to not just relevance but success if his performance this season is up to par.

A streak dating back to his freshman season in which he scored in every game and tallied up 13 touchdowns was cut short by a season-ending injury against Kentucky last October. Although, the initial fear was whether he would get along with the new manager, Brian Kelly. But on receiving the most adored No. 7 jersey, it was sure that Boutte had a place, and he is likely the most skilled on the team.

One of the most intriguing backs in the nation is Vaughn. In 2021, he added 468 receiving yards and four more touchdowns to his little over 1,400 yards and 18 scores on the ground. From a talent standpoint, since Kansas State lacks depth behind him, he is the most significant player on the team.

When Bresee won the ACC Defensive Freshman of the Year award in 2020 with 33 tackles, 6.5 tackles for loss, and four sacks, we had a preview of what he was capable of. He was poised to have another successful season as a sophomore when he tore his ACL in the fourth game of the campaign, ending his season. Nevertheless, he was named to the third-team All-ACC in recognition of his outstanding play during such a brief period. With his return and improved health, he should have his most exemplary year.

Bulldogs supporters will never forget Ringo for his game-winning pick-6 that ended Georgia's first national championship in 41 years. Ringo is a tall cornerback at 6 feet 2 inches, with long arms, good ball skills, and quickness. In 2021, he recorded 34 tackles, eight pass breakups, and two interceptions. Ringo might be selected among the first cornerbacks in the 2023 NFL draft if he plays with more consistency this year.

Tucker broke the single-season school rushing record in 2021 with 1,496 yards at a school known for its running back tradition, which should be enough to explain why he had to be on this list.

In what is likely to be his final college season, Mayer is a leading contender for the Mackey Award along with Brock Bowers of Georgia. He has been outstanding from the beginning, with 113 receptions for 1,290 yards and nine touchdowns in his first two seasons. Tyler Buchner, the new starting quarterback at Notre Dame, will benefit from his presence.

Sewell is a mainstay the Ducks sorely need after a season that saw 114 tackles, four sacks, two forced fumbles, and a lot of changes at Oregon. Dan Lanning, a defensive-minded head coach, has joined the fold, and Sewell is sure to build on his success from the previous campaign. With so many unanswered questions on the offensive side of the ball, Sewell will need to continue to lead the Ducks' defence if Oregon is to have any success this year. The positive news: He is competent.

Murphy must compete for playing time with so many other gifted linemen at Clemson might be the biggest hindrance to his domination at the defensive end. Murphy, who finished the 2017 season with seven sacks, 14 tackles for loss, two forced fumbles, and 12 runs stopped at or below the line of scrimmage, is still the finest of the lot. Future first-round pick Murphy anchors a line that might include two or three of them.

Based on all he has observed from his quarterbacks throughout his NC State career, coach Dave Doeren believes Leary to be the top quarterback in the nation. Leary established a single-season school touchdown record with 3,433 passing yards and 35 touchdowns last year. He has the third-highest completion percentage in school history (.657). The media chose Leary as the ACC Player of the Year for the next season.

When the former All-ACC running back and return specialist departed Georgia Tech and went through the transfer portal in late November, there was a lot of hype about him. His next stop was Alabama, where he replaced third-round pick Brian Robinson Jr. With a 73-yard touchdown run in the spring game, he immediately gained attention and was named MVP.

More in this category: « Key tips to consider before playing crash games The Best Hobbies for Sports Fans »