UFC to WWE: UFC Fighters Who Have Crossed Over To Pro Wrestling 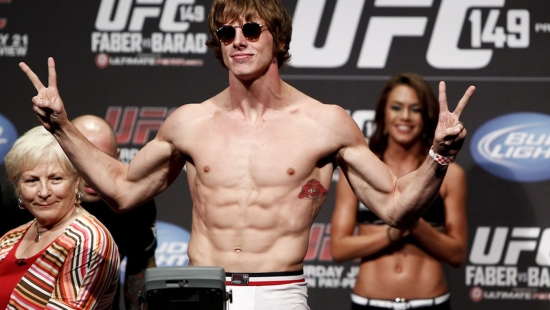 Both UFC and Pro Wrestling are fighting duels popular in the US. They are similar in many ways; however, differences also exist.

UFC or Ultimate Fighting Championships was established in 1993 to manage and host MMA tournaments. On the other hand, the WWE is a form of entertainment with activities carefully scripted.

WWE is popular among wrestlers, thanks to the high compensation to winners. For example, top wrestlers earn up to $1 million a year.

Brock Lesnar is a professional wrestler, former Mixed Martial Arts (MMA) fighter, and footballer. The 44-year-old wrestler joined MMA in 2007 and signed up with UFC a year later. He won the UFC heavyweight championship in 2009.

Brock has had four victories but lost three times during his time in the UFC. He first appeared in WWE in 2002 at only 25 years and had a short stint of two years. In a move that surprised the WWE fraternity, Brock walked away from a lucrative seven-year contract worth $45 million in 2004. However, he came back during the 2020 SummerSlam 2020 PPV match.

Currently, WWE no longer advertises Brock for WrestleMania Backlash. However, they still promote him for Money in the Bank 2022. Therefore, he is still a pro wrestler with WWE.

Matt Riddle is a 36-year-old professional wrestler and a former MMA. He is under a WWE contract where he makes appearances on the Raw Brand.

Matt Riddle made his debut in the UFC in 2008, and at 22, he was among the wrestlers who fought during the Ultimate Fighter season. After two failed drug tests, he parted ways with UFC in 2013.

In 2014, he started training for pro wrestling where he performed a year later. He then became the Monster Factory Heavyweight Championship winner.

In 2015, he joined the WWN for the Evolve performances and in 2016, he made a debut for Pro Wrestling Guerrilla(PWG).

In 2018, there were reports that Riddle signed with WWE and the same year, he made appearances at NXT TakeOver-Brooklyn IV.

He has competed in stellar performances in the Royal Rumble, SmackDown, Tag Team Champions, and Elimination Chamber matches.

Junior Dos Santos is a 38-year-old Brazilian MMA wrestler and professional wrestler. He made his star appearance in UFC in 2008 when he defeated Fabricio Werdum in the first round.

In 2021, he made appearances in All Elite Wrestling(AEW), supporting American Top Team boss Dan Lambert.

Presently, he has made appearances for AEW in 30 competitions, where 21 were wins, 15 knockouts, and one by submission.

Despite top wrestlers moving to pro wrestling, UFC sport odds and sponsorship deals have increased the sport's popularity. As the numbers continue rising, so will the revenues. With better payments for the wrestlers, there may be fewer crossovers in the future.

More in this category: « How to Become More Competitive in Sports Is Brenden Aaronson’s Leeds Move Good News for the USMNT? »