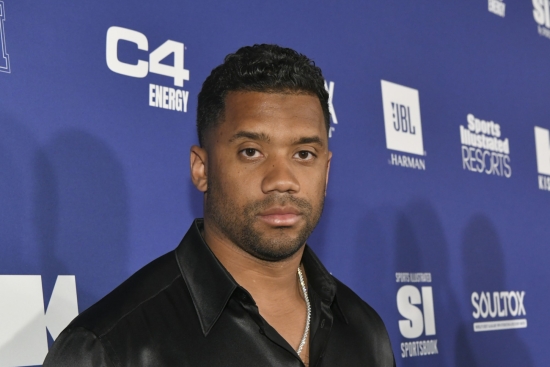 Having won the Super Bowl in 2014 and finished runners-up in 2015, the members of the Seattle Seahawks’ legendary Legion of Boom era have all been earmarked as potential Hall of Famers in the future. Despite not featuring in the legendary defense, Russell Wilson is all but certain to get the nod.

The 2021 season marked the first time that the 33-year-old had missed a game and finished with a losing record. Regardless of this, his incredible arm was often put on a show, even if a porous line held his scrambling feet in check. He’s still an NFL superstar, which is why his move to the Denver Broncos has stirred up the Super Bowl odds.

Broncos surge on the star power of Russell Wilson

Purely because of the arrival of Russell Wilson, the Denver Broncos flew up in the betting on NFL bookmakers' sites. From around +2000 to win the AFC Conference, the Broncos are now the third-favorites at +650, just behind the +400 Kansas City Chiefs and +350 Buffalo Bills.

For the Super Bowl, the Broncos are now joint-fourth with the reigning champions, the Los Angeles Rams, at +10000. It’s a huge leap, but we saw as recently as last season how much of a difference adding some star players can make. The betting tips on NFL earmarked the Rams for a close triumph in the Super Bowl, with their star-studded cast – which added Von Miller and Odell Beckham Jr. late – being key.

Prior to the trade, the power rankings on ESPN had Denver sitting 21st overall, expected to get a 7-10 record with the biggest question mark being around their quarterback. Now, they have one of the best and most reliable in the league, and Wilson will get to play behind an offensive line that was distinctly better than Seattle’s – assuming that Bobby Massie remains or a better replacement is found.

Generating offense atop a stubborn defence

Last season, the Denver Broncos’ defensive unit finished as the third most stubborn in the NFL, conceding a mere 18.9 points per game. Some big names from that unit were set to hit the free agency, with linebacker Josey Jewell and cornerbacks Bryce Callahan and Kyle Fuller among them, but as explained on Sports Illustrated, they have plenty of cap flexibility even after the Wilson trade.

The team has been able to save a good chunk of cash by sending Shelby Harris, Drew Lock, and Noah Fant to Seattle, as well as by releasing DaeSean Hamilton. It’s also not essential for the team to re-sign stud running back Melvin Gordon, given the immense breakout season of Javonte Williams. So, there should be the funds available to solidify the defense – if not improve it – and perhaps even upgrade the offensive line.

Best of all for Wilson, with the middling – but better than Seattle’s – offensive line aside, he already has a glut of offensive weapons ready for service. Courtland Sutton, Tim Patrick, and Jerry Jeudy offer one of the most menacing receiving corps in the NFL, while Williams, and now Wilson, will be a constant threat out of the backfield.

Looking at the strength of the defense, the weapons on offense, and now the prospect of Wilson in command, it’s easy to get excited about Denver’s chances next season. The NFL oddsmakers see the Broncos as a dark horse for the Super Bowl now, and it’s tough to argue against that stance.

More in this category: « How to Get into American Football as a New Fan 2022 March Madness: How To Bet On March Madness & NCAAB Games »