What to Watch Out for this NHL season 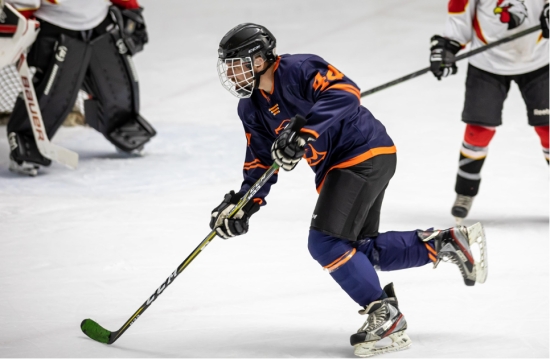 After a couple of disruptive years where Covid made traveling between US and Canada difficult, NHL is finally easing back into the new normal. And if all goes well, we will have our Stanley Cup champion in the spring of 2022. You therefore have plenty of great games to look forward to as we enter the next stage of the season and head towards the Stanley Cup Playoffs.

NHL features the best of American and Canadian hockey. 32 teams competing in around 56 games. With many victories and losses already, 2022 is bound to be a thrilling part of this year’s season, and there are four teams that are looking particularly strong.

The last two NHL seasons, Florida Tampa Bay Lightning has won, yet no team has ever won Stanley Cup three times in a row, which means Tampa Bay could make hockey history this year - but they have a long way to go. Colorado Avalanche, Vegas Golden Knights and Florida Panthers are all looking dangerous, and many experts believe the winner is to be found among them. If you already have a strong sense of who that might be, then you can bet on them on https://betting.com/us/nhl. In the past year we have seen many US states legalizing the practice, and in Canada it is legal. Sports betting has therefore become hugely popular among hockey fans. It’s simply a fun way to take an active part in the NHL season.

Will the Beijing Olympics affect the season?

With the winter Olympics fast approaching, there has been a lot of talk about what NHL players might go and what that will mean for their teams. Some people have wondered what will happen to the NHL league, or if they will get to see their favorite stars on the ice, competing for international glory. Sadly, Covid has yet again brought disruptions into the sports world. For this reason, the NHL league has decided not to send any players to the Olympics. But the good news is that there is now a higher chance that regular NHL games of this season will go ahead as planned. No stars will have to leave their teams behind.

There are many thrills in store for hockey fans this year. Avalanche has some great games coming up – from fighting Coyotes to testing their abilities against the Kings. And if you want to see Tampa Bay Lightning in action outdoors, you have a chance to do so on 26 February 2022 when they play against Nashville Predators at Nissan Stadium in Nashville. Overall, the winter will be packed with matches on an almost daily basis, so you do not need to worry about getting bored. Now is the time to get geeky about hockey history. Spend some time remembering all the best moments and use that knowledge to predict the legends of the future. It’s a fun way to pass time between games.

More in this category: « Tips To Consider When Selecting the Right Online Gambling Platform Online Sports Betting Sites: Are Their Prices Inelastic? »