Tom Brady Is the Greatest Quarterback and Football Player of All Time? 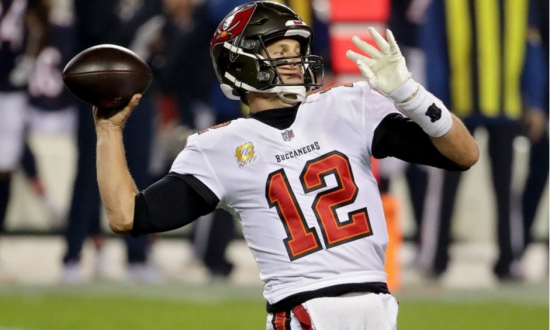 Brady, at 44 years of age, continues to defy age, reason and redefine preconceived notions about America’s beloved game being only a young man’s game.

On Sunday, Brady, facing his former team New England at Gillette Stadium, broke Drew Brees’ all-time passing record, as he helped lift the Tampa Bay Buccaneers to the 19-17 win over the Patriots.

In the broad spectrum of things, it proved to be an uneventful moment. Barely registering in the stands and amongst fans. Had the NBC announcers not alerted viewers to the historic moment, it might have come and gone without commentary.

Suppose, the occasion of his return to his old stomping grounds for the first time since leaving for Tampa Bay last season overshadowed all else. NFL schedulers intentionally schedule this game for Sunday night football because they knew the hype and buzz surrounding the reunion between quarterback and former head coach would be enormous. And so, it was.

It was all the media could talk about in the lead up to Week 4’s NFL action. How the reunion between Brady and Bill Belichick would unfold? Who would emerge victorious?

Brady himself wasn’t immune to the occasion, and he released an emotional video before the game. It was a stirring tribute to his past and present and his journey from New England to Tampa Bay. And at the end of the game, following a narrow victory over the Patriots, he was visibly emotional, barely able to contain his feelings about what the day meant to him and the fact that he made history on the very same grounds where he hone his craft.

In his post-game interview immediately after the game he warned, “I am not tearing up!” when the reporter observed what a special night it was. He admitted to being emotional all week as his return to Boston approached.

Nearly 20 years to the day after his NFL debut for the Patriots – which gave birth to one of the most dominant football teams over two decades in the history of the game and enviable quarterback-head coach partnerships – the veteran signal-caller returned to his old stomping ground to create more history, surpassing Drew Brees’ career passing yards record.

Brees, now retired from football and part of the NBC cast, was there to witness Brady accomplish the incredible feat at Gillette Stadium.

“I just think it's an amazing statistic in that so many people can share in it with me," said Brady in his postgame news conference as he clutched the precious ball that took flight for those last few missing yards to eclipse Brees' record of 80,358 passing yards.

"Quarterback doesn't throw and catch, “ added Brady. “Quarterback can just throw it. It's yards. Passing yards have to be caught, so I just hope that everybody who caught passes from me over the years just had a little smile on their face tonight knowing they contributed to a very cool record.”

Brady arrived at Gillette Stadium with 80,291 career passing yards – he needed merely 68 yards to break the record. When all was said and done, Brady went 22 of 43 for 269 passing yards. After he surpassed Brees, the former New Orleans Saints quarterback posted his congratulations to Brady on Instagram.

“We have had some epic battles over the years, but more importantly, have been able to develop a great friendship along the way. “ wrote Brees.  “Some may be surprised what you are doing at age 44, but I am not. Your commitment and dedication to this game, your team, and to being the very best, are second to none.”

Indeed, what Tom Brady is accomplishing in the game is second to none, and it’s earned him recognition for being the greatest player of all time even before he’s done with his career. That’s practically unheard of in sports. Usually, the greatness of a player in any sport is measured by posterity with the advantage of hindsight to compare and contrast sports athletes and their individual achievements in their entirety in order to determine who the best or greatest player of all time is.

No NFL predictions could have ever predicted that Tom Brady, drafted almost as an afterthought in 2000 in the sixth round and at No.199 would become the greatest footballer to have ever played in the NFL.

For years, many were reluctant to give him the credit he deserved. Often, he was most unfairly dismissed as being just a “system” quarterback, the product of Bill Belichick’s coaching genius and not a bona fide standalone talent. The debate about who was more responsible for creating the Patriots dynasty raged for years – was it Brady? Or was it Belichick? Many leaned towards the latter, arguing Brady would never be as successful as he was on any other team and without Belichick.

Well, on February 7, 2021, Brady put paid on that notion when he won Super Bowl LV with the Tampa Bay Buccaneers – his seventh career Super Bowl victory.  And at the same time, he cemented his place in the history books as the greatest quarterback of all time, if not the greatest footballer of all time.

More in this category: « An argument as old as time: what is the world’s most popular sport? Future Hall of Famers Who Could Win Their First Stanley Cup in 2021/22 »