Who Does American Football Better? The Battle of The States 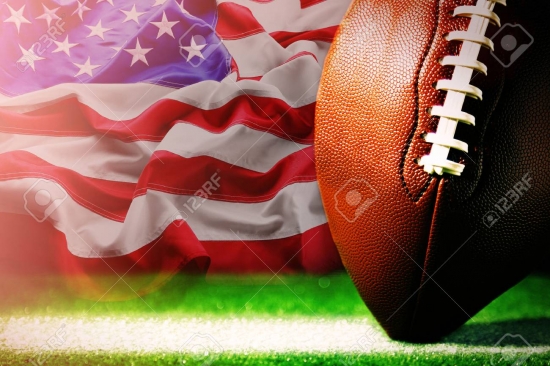 We are looking at college football to answer the question of which state does it better. Although players come from all over the country (and sometimes all around the world), it's the colleges that bring the talent!

This isn’t about which team produces the best scores, but which states create the best football players. It's these players who make Super Bowl winners and let’s be honest, that’s the real goal!

We will dive into current and historical legends to show which state can produce the most outstanding players!

Texas is filled with talents! Their “go big or go home” motto is so strong that losing is not an option. Although other states might have produced more elite players, the amount of talent that has come from Texas is too large to ignore!

Teas has produced 53 of the top 100 players since 2014. They churn out stars like it’s nobody’s business!

The defensive tackler Ed Oliver won the Outland Trophy as just a sophomore, and it wasn’t long into his college career that he told the world he was joining the NFL.

Baker Mayfield may have played for Oklahoma, but he was born and raised in Texas and is considered one of their own. The same with Kyler Murray!

If you look into many of the college states' history around the country, a lot of their talented players grew up in Texas and followed their high school’s education to earn their skills. Players like Rodney Anderson, who played for Oklahoma, Chase Young who played for Ohio State, and Ben Baogu who played for TCU. All of this talent was brewed in Texas!

20 of the top-tier players you see at the NFL all come from Florida. That's an astonishing number that is only rivaled by Texas. Florida’s talents come not just from their college teams but also from their IMG Academy, which has projects all over the country. As they are all run by Florida, we are taking their numbers as part of the Sunshine State!

Just like with Texas, some of the best Florida players no longer play for their hometown, but that doesn’t take away from their homebrewed history. Playing for Ohio State, Nick Bosa is just as talented as Joey Bosa, both of whom are big names in their home state. Devin Singletary is undoubtedly the best Group Five player. Marquise Brown is one the fastest players in the sport!

Some of you might be wondering why Florida isn’t in the number one spot when players like Mitch Hyatt and Zack Moss come from the sunshine state, and although these players are outstanding, we are looking at the state that produces the best all-rounders.

California has created star after star after star! In 2015, their run of single-handed best players was at breaking point, developing two fantastic players (Josh Rosen and Sam Darnold) who plowed straight to the NFL without continuing their senior season of college football!

Very few players get this privilege, which is why they are so good and why California isn’t higher up the list. Still, their 2015 run wasn’t a fluke as the state has produced 52 high-ranking players since 2014, which is a number that anyone should be proud of.

Jake Browning is one of California’s prolific players, and that title will stay with him for years to come. Double up with Khalil Tate; these boys are double threats for signal-callers.

A lot of household names have come from Georgia, including Bradley Chubb, Roquan Smith, and Nick Chubb. These A-class players are just a few names that the state has in their arsenal, which is more than enough to make them a top contender in our list of the best football player creators.

Mississippi has become a great lover of Georgia and has collected players like Nick Fitzgerald and Montez Sweat, who are both raised on Georgia soil. Oklahoma had the same thought when they bagged Trey Sermon, who became an incredible player to watch. California even grabbed the Georgian favorite Demetris Robertson, who has become a top receiver in his own right!

Although the years have shown that talent comes in spurts, Georgia can and does produce amazing talent to share across the country!

North Carolina hasn’t produced a fantastic set of players in some time, but they do have a solid collection of steady and reliable sorts.

As a whole, North Carolina has only produced 6 top 100 players since 2014, but all of these players have been amazing across the country. Throughout the list so far, we have looked at the number of top players and not the players individually, but North Carolina needs to have a mention due to Bryce Love and Will Gier. Love was a Heisman Trophy runner-up and ran 2,118 yards in a season. He’s a world-class player who has brought North Carolina a ton of pride.

Will Gier has traveled around the country as every team wants him with them. He is a reliable and strong-willed offense who will hopefully encourage other North Carolinians to join in with his mentality.

Of course, we cannot ignore the likes of Dexter Lawrence, who is a powerhouse!

More in this category: « How Can Playing Games Improve Your Health? Why Do Sports Betting Platforms Have Online Casino Pages? »