Who Are The Top Safeties in NFL history? 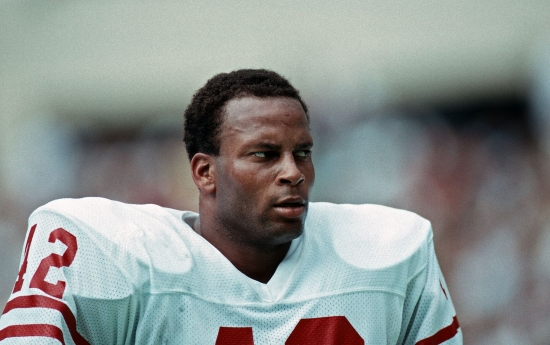 When it comes to American Football, or any sport for that matter, there are always certain positions that get all the credit whilst others do an important, less recognized role for the team.

In American Football, the safety is the role that flies under the radar. Not today. Here we look at the top safeties in NFL history.

Kicking off our top five safeties of all time is Steve Atwater. Now, you might think of Atwater as a linebacker but, make no mistake, he was a safety; his style of play, however, was linebacker-esque. He made an immediate impact on the Denver Broncos when he was drafted back in 1989. The Arkansas grad catapulted their run defence and instantly set about making tackle after tackle.

There was a four year stretch where he averaged 149 tackles a season; that’s a simply crazy haul when you compare to the tackle average of safeties in the modern game. His career was capped off with a Super Bowl win.

We were tempted to put Brian Dawkins higher on this list purely for his intensity and impact. The Eagles legend was an absolutely fantastic leader who wasn’t afraid to make the big tackle or the rough hit. A lot of the advantages that his team got with him isn’t even on the score sheet either; that makes him ten times more valuable.

That said his stats aren’t to be ignored; he had 37 career interceptions and 1,118 tackles that earned him nine Pro Bowl nods and four First Team honours. Very few in the game can rival Dawkins’ passion and drive.

What can you say about Ed Reed? In truth, maybe not much. What you can say though is that he was an outstanding safety. Reed was overshadowed at times due to the impact of Ray Lewis at the linebacker position.

Many though would say it was Reed that truly kept the defence together. He was constantly flying around the field to make big hits and snag interceptions at crucial times.

Those qualities earned him the Defensive Player of the Year award back in 2004; it made him the first safety to scoop the award in two decades. On top of that, he also made the Pro Bowl nine times and led the league in interceptions on three different occasions.

It’s hard to imagine anybody playing the way that two-time Super Bowl winner Troy Polamalu did back when he was on the football field. He played with a tremendous amount of heart and was a stalwart in the Pittsburgh Steelers side between 2003 and 2014.

Polamalu had a trademark hit on him and when it came to the passing game he’d zip around to acrobatically make interceptions that often looked impossible.

Despite being one of the shortest players for the safety position, his impact and loyalty to Pittsburgh mean he deservedly goes down as one of the best safeties in NFL history.

On our number 1, we have to disagree with TwinSpires list of the Top 10 Safeties in NFL history. They put Lott in second, but for us he tops the list. Lott is the epitome of a fearless leader. His reading of plays made it seem as if he was always one step ahead of the opposing team.

He knew exactly when to wrap up a fast playmaker and when to stand up and lay him out. Lott bounced around teams donning the colours of five different franchises, but it didn’t damage his reputation.

Across his career he had 63 interceptions and returned five of them for touchdowns. Finally, how can you talk about Lott and fail to mention the fact that he literally chose to amputate a broken finger just so he could return to the game and continue playing; absolutely insane.

There you have it, the best safeties in NFL history. Did we miss anyone? Let us know.

More in this category: « Choosing An In-site Casino to Play 5 Footballers Who Love Gaming »