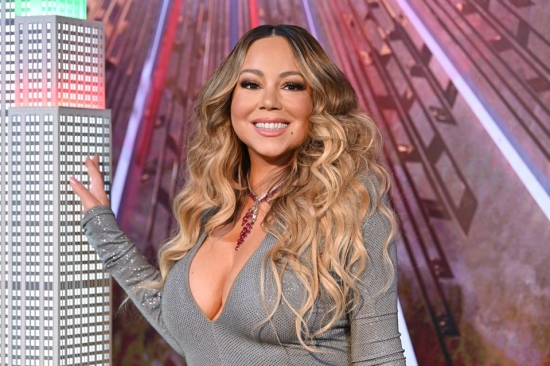 Music and Love – the Best Combination

Everyone knows that music has the power to influence love in rather important ways. It can help set the mood, say what you cannot on your own, and do so much more. Music really is the best combination for helping people get closer. And it's really a talent to write not just a catchy song but to develop a thoughtful, meaningful piece of music. For that reason, along with lustylocals users who are focused on romance, we're going to pick out recognized incredible love songs by songwriters announced last year as one of the inductees into the Songwriters Hall of Fame.

Always Be My Baby is one of Mariah's biggest hits that is still played on the radio today. The song is not merely a catchy tune, but it also demonstrates her vocal strength and ability to construct a beautiful, meaningful song with lyrics such as "You'll always be a part of me, I'm part of you indefinitely."

While Sweet Dreams (Are Made of This)is not necessarily a song directly about love, it has been interpreted that way throughout the years. It talks about how some relationships are helpful, and others use people. The song has a funky synth beat, too, and it deserves to be immortalized.

Together, the pair wrote the song U Don't Have to Call, which was then performed by Usher. The lyrics include: "You don't have to call/It's okay, girl/'Cause I'ma be alright tonight," which shows a man moving on from a relationship even though it appears tough.

One of the most popularsongs of the early 1970s, The Isley Brothers' That Ladyis about a man obsessed with a woman, but she rebuffs his advances, and he decides to "keep on keepin' on" and move onto the next part of his life.

I Love You is incredibly simple and whimsical song, demonstrating the light, airy feelings that love can inspire so perfectly that it stands out from the rest of the album.

Nowels co-wrote the song White Flagwith Dido and Rollo Armstrong. The song is about the end of a relationship and how one person can't move on while the other seems to have come to grips with it. The song perfectly encapsulates the desperation that one feels when something important has ended, but you can't give up with the line, "But I will go down with this ship/And I won't put my hands up and surrender."

He wrote I'll Always Love Youfor The Spinners, and the song was very loving with lines, "Sometimes a man/Has too much pride to see/But losing your love, my darling/Has opened my eyes for me."

It is clear that some bands and people belong in the Songwriters Hall of Fame, even if they didn't sing the song themselves. In this case, the love songs outlined here are transformative and indicate special individuals that made a real difference with their works.

More in this category: « The Beginner’s Guide to the World of Sports Gambling David Beckham gets Another shot at Soccer Hall of Fame »