Taking a Look at Five Future MLS Hall of Famers 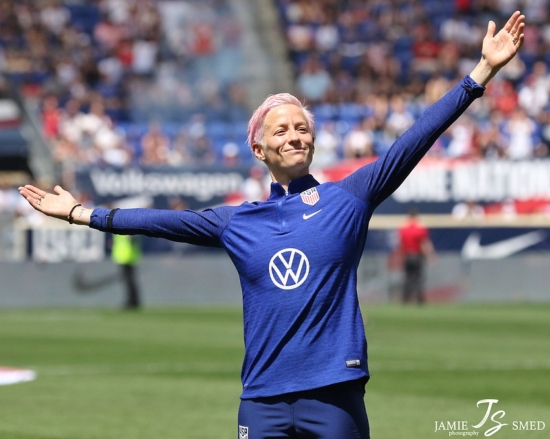 While not as widely known as many other sports’ celebrations of its stars in America, soccer has its own Hall of Fame too.

The National Soccer Hall of Fame was founded back in 1979 and set-up at the Toyota Stadium in Texas, where it remains to this day.

A museum was built in Oneonta, New York, to cement the work of the Hall of Fame, and that opened its doors to the public for the first time in 1999.

Numerous stars from Major League Soccer and overseas have made their way into the Hall of Fame, from Bruce Arena to Erik Wynalda and everyone in between.

The highest honor that the HoF bestows is the ‘Medal of Honor’, awarded to those who have ‘demonstrated vision and played a historic role in changing the course of soccer in America.’

So far, the medal has been awarded to three individuals and one team: Alan Rothenberg, the popular former director of U.S. Soccer; Lamar Hunt, co-founder of the NASL; Phil Anschutz, a former owner of six different MLS teams who was vital in the development of soccer-specific stadiums, and finally the  U.S. women’s national team, who won the inaugural World Cup in 1991.

The qualification criteria for Hall of Fame entry are clear. The individual must have been retired for at least three years but no longer than ten, won 20 or more caps for the U.S. national team and played at least five seasons in a major American competition, be it the MLS or NWSL.

There are also categories for ‘veterans’, i.e. those who have been retired more than ten years, and ‘builders’, who are individuals that have played a major role in the development of soccer in America in a non-playing capacity.

With these eligibility criteria in mind, let’s try and predict five future entries into the National Soccer Hall of Fame:

Few individuals of any gender have done more to put U.S. soccer on the world map in the modern era than Megan Rapinoe.

Something of a feminist and LGBT icon, Rapinoe has transcended the sport with her outspoken views on issues ranging from gender equality to politics.

But like all Hall of Famers, she can take care of business out on the turf too. The 34-year-old is a Ballon d’or Feminin winner – the highest award bestowed upon an individual player, as well as a World Cup champion and an Olympic gold medalist.

It’s only a matter of time before Landon Donovan is inducted into the Hall of Fame – literally, given that he retired in 2018 and so will be eligible for entry next year.

A six-time MLS Cup winner, Donovan is also a seven-time Best XI selection who enjoyed a fine career outside of America playing for the likes of Everton and Bayern Munich.

He is the joint all-time record goalscorer for the national team, the all-time leader in assists and the second most-capped player.

In short, Donovan enjoyed a phenomenal career that will surely be recognized with an induction into the Hall of Fame in the very near future.

There are soccer coaches, and then there’s Brian Schmetzer.

Famously employed by the Seattle Sounders after a job interview in a coffee shop back in 2001, Schmetzer has been with the franchise in a variety of roles ever since.

He will be forever remembered for winning two MLS Cups with the Sounders, including last season’s edition, and the fire is still burning strong now with Seattle well-fancied to retain their title according to the football betting at Space Casino market.

In many ways, nobody has blazed a trail greater for U.S. soccer players looking to enjoy a career overseas than Clint Dempsey.

The attacker didn’t enjoy just one season in the English Premier League, he enjoyed seven with Fulham and Tottenham, scoring 57 goals along the way and reaching the Europa League final with the Cottagers.

The joint leading goalscorer for the USMNT alongside Donovan, Clint Dempsey is another ‘shoe in’ for HoF selection when the time is right.

We don’t have a crystal ball, but surely Christian Pulisic is a Hall of Famer in waiting?

It’s a weighty tag to put on a 21-year-old’s shoulders, but Pulisic has already played for two giants of European soccer in Borussia Dortmund and Chelsea – his $73 million transfer to London making him the most expensive American player of all time.

He is the youngest-ever captain of the national team too, and alongside the likes of Tyler Adams, Paxton Pomykal and Antonee Robinson he will be tasked with taking the United States forward in the game.

If Pulisic can, he will no doubt join the other candidates on this list in the National Soccer Hall of Fame.

More in this category: « Awards = HOF?: Part Forty-Four: The Bert Bell Award Who will go into the Baseball Hall of Fame in 2021? »