Awards=HOF? Part Thirty-Nine: The AP Comeback Player of the Year 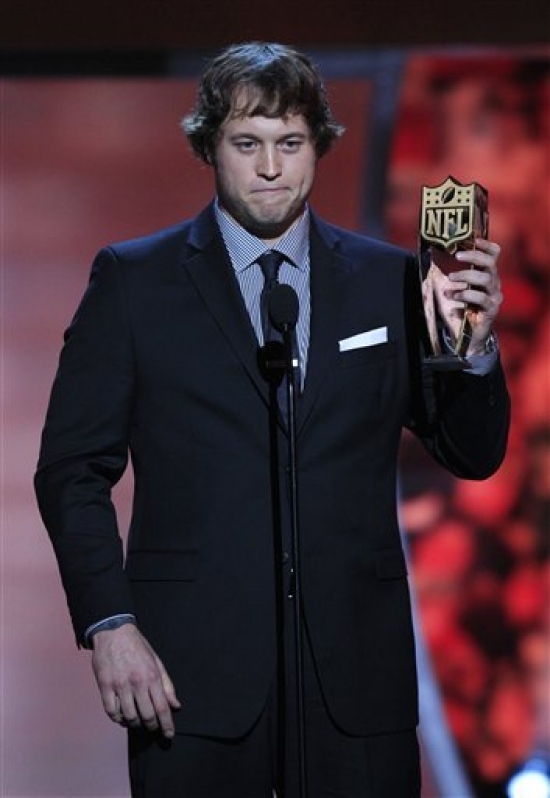 Our focus now shifts towards the AP Comeback Player of the Year Award in the NFL.  Relatively speaking, this is a new award, so there won’t be too many players to dissect here.  How many of these winners made the Pro Football Hall of Fame?

The following are the past players who have won the AP Comeback Player of the Year in the NFL who are eligible for the Pro Football Hall of Fame and have been enshrined.

The following are the players who have won the AP Comeback Player of the Year in the NFL who are eligible for the Pro Football Hall of Fame and have not been selected:

The first winner of this award did not come back from injury.  He came back from Canada.  Doug Flutie was the hero whose Hail Mary won the Orange Bowl for Boston College against Miami.  The Quarterback was considered too short for the NFL and he would play in the USFL and Canada, though he would have stints in the NFL with Chicago and New England, though his run with the Patriots ended in 1989.  A decade later, he was signed by the Buffalo Bills and at age 36, he would play in 13 Games and throw for 2,711 Yards, 20 Touchdowns and go to the Pro Bowl.  Unrankedon Notinhalloffame.com.

Bryant Young suffered a severe broken leg late in 1998 and a metal rod had to be placed to assist his healing.  Young would return in 1999 with an 11.0 Sack season and a selection to the Pro Bowl.  He would play until 2007 and would record 89.5 Sacks in total.  Unrankedon Notinhalloffame.com.

Joe Johnson was a Pro Bowler for the Saints in 1998, but a knee injury kept him out of the entire 1999 Season.  The Defensive End would come back in 2000 with his second (and final) Pro Bowl Selection and he would have a career-high 12.0 Sacks this year.  Unrankedon Notinhalloffame.com.

Garrison Hearst rushed for over 1,500 Yards in 1998, but he had to sit out two years due to Avascular Necrosis.  Many thought Hearst was done for good, but he returned in 2001 to the Niners and would rush for 1,206 Yards and go to his second (and final) Pro Bowl.  Unrankedon Notinhalloffame.com.

Tommy Maddox played in the NFL from 1992 to 1995 with three different teams but the backup saw limited action and actually left football.  He came back in the Arena League in 2000, and then would be the MVP in the lone season of the XFL.  That was enough to make him desirable to the NFL again and he was signed by the Pittsburgh Steelers as their backup.  He would become their starter in 2002 and threw for 2,836 Yards and 20 TDs.  He would play until 2005.  Unrankedon Notinhalloffame.com.

Jon Kitna was not coming back from injury or another league, but rather had one of the best years of his career.  He would throw for 3,591 Yards and a career-high 26 Touchdowns.  He played until 2011 and would overall throw for 29,745 Yards.  Unrankedon Notinhalloffame.com.

In 2004, Tedy Bruschi went to his first (and only) Pro Bowl.  Shortly after the Pro Bowl Game, Bruschi suffered a minor stroke and partial paralysis. He announced that he would miss the 2005 season, but that wouldn’t be the case.  The Linebacker returned in October and played nine Games for the Patriots that year.  He would co-win this award Steve Smith of the Carolina Panthers  Unrankedon Notinhalloffame.com.

In 2005, Chad Pennington suffered multiple injuries and was only able to play in three Games.  2006 was a much different season as he started all 16 Games for the Jets and would throw for 3,352 Yards and 17 Touchdowns.  Unrankedon Notinhalloffame.com.

A ruptured Achilles ended Ellis’ 2006 Season after nine games, and he would return in 2007 with his best year ever. Ellis would go to the Pro Bowl for the only time and he had a career-high 12.5 Sacks.  Unrankedon Notinhalloffame.com.

After winning this award in 2006, Pennington had a bad 2007 beset with injuries and poor play.  He was released by the Jets (who had signed Brett Favre) and Pennington would join the Miami Dolphins as a Free Agent.  He would take Miami to the Playoffs and would throw for a career-high of 3,653 Passing Yards.  Sure enough, he would suffer shoulder problems and would only play four more games in his career.  To date, Pennington is the only repeat winner of this award.  Unrankedon Notinhalloffame.com.

The following are the players who have won the AP Comeback Player of the Year Award in the National Football League who have retired but have not met the mandatory years out of the game to qualify for the Pro Football Hall of Fame:

In the first game of the 2004 Season, Smith would break his leg and would be out for the season.  He would return in 2005 and put forth the best season of his career with an NFL leading 103 Receptions, 1,563 Receiving Yards, and 12 Receiving Touchdowns.  He would be named a First Team All-Pro this year.  Smith was the co-winner of this award with Tedy Bruschi of the New England Patriots.  Smith is eligible for the Hall of Fame in 2022.

Due to his involvement in a dog fighting ring, Michael Vick was suspended for the 2007 and 2008 seasons, most of which was spent while incarcerated.  The Quarterback would return in 2009 to the Philadelphia Eagles as Donovan McNabb’s backup and in 2010 he began the year backing up Kevin Kolb.  Vick won the starting job after Kolb was knocked out with a concussion and he would go on to have an excellent season.  He would throw for 3,018 Yards with 21 Touchdowns and would rush for another 676 Yards and 9 Touchdowns.  He would go to his fourth Pro Bowl and was also named the Bert Bell Award winner.  Vick is eligible for the Hall of Fame in 2021.

Who else could it be?  Peyton Manning missed the entire 2011 campaign due to neck surgery and the Colts gad drafted Andrew Luck to replace him.  Manning would sign with the Denver Broncos and picked up right where he left off.  Named a First Team All-Pro and a Pro Bowler, Manning threw for 4,659 Yards and 37 Touchdowns.  He is the first player to be named a First Team All-Pro while winning the AP Comeback Player of the Year.  Manning is eligible for the Hall of Fame in 2021.

Ron Gronkowski was the first Tight End to win he AP Comeback Player of the Year Award and the New England Patriot recovered incredibly from a torn ACL and MCL from December of the year previous.  “Gronk” would be named a First Team All-Pro, win the Super Bowl and would secure 82 catches for 1,124 Yards and 12 Touchdowns. Gronkowski is eligible for the Hall of Fame in 2024.

Andrew Luck had to sit out the entire 2017 season due to issues with his throwing shoulder and he returned in 2018 to secure his fourth Pro Bowl.  He would throw for 4,593 Yards and 39 Touchdowns  Luck would shockingly retire during the 2019 training camp.  Nelson is eligible for the Hall of Fame in 2024.

The following are the players who have won the AP Comeback Player of the Year Award who are still active.

It is hard to believe now, but Drew Brees was struggling to keep his starting Quarterback job in 2003 when he was with the San Diego Chargers.  This was his rebound year as he was holding off the 1stRound Pick, Philip Rivers from taking his job.  In 2003, Brees would throw for 3,159 Yards and 27 Touchdowns.  He would be named to his first Pro Bowl.  40 Years Old, Playing for the New Orleans Saints.

Tom Brady only played in one game in 2008 due to a torn ACL and MCL.  He returned to the exact form you would expect throwing for 4,398 Yards and 28 Touchdowns and going to his fifth Pro Bowl.  42 Years Old, Playing for the New England Patriots.

An injured shoulder limited Matthew Stafford to only three games in 2010, but he returned in 2011 and threw for 5,038 Yards and 41 Touchdowns, both of which are career-highs as of this writing.  31 Years Old, Playing for the Detroit Lions.

Philip Rivers performed well in 2012 but the perception was not that it was not good enough.  In 2013, he did better than the year before with an NFL leading 69.5 Completion Percentage.  He would also throw for 4,478 Yards and 32 Touchdowns.  38 Years Old, Playing for the Los Angeles Chargers.

Eric Berry was diagnosed with Hodgkin’s lymphoma in 2014 after having been named to the Pro Bowl three times.  Berry returned as a First Team All-Pro and recorded 77 Tackles for the Chiefs in 2015.  31 Years Old, Currently a Free Agent.

In the 2016 season opener, Keenan Allen suffered a torn ACL and would miss the rest of the year.  The Wide Receiver would return to have what is his best year to date. Allen would made his first Pro Bowl and post a career-high 1,393 Receiving Yards.  27 Years Old, Playing for the Los Angeles Chargers.

For the first time we have an award that has generated NO Hall of Famers, but this won’t always be the case with Manning, Brees and Brady as Hall of Fame locks.

We are going to back to the NHL and look at the Bill Masterton Award.