How do the Rams and Patriots look after their first games? 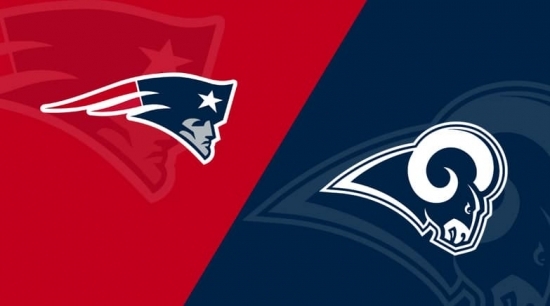 Anyone who is interested in NFL betting online or simply watching football for fun will be happy that the new season is underway. Summer can seem a long time as a football fan, and all supporters will be glad that the action has kicked off once more. Two sets of fans who will be especially looking forward to how this campaign pans out are those who follow the New England Patriots and Los Angeles Rams.

This is even truer after the fine season that both had in 2018. The Rams won the NFC West, which was a great achievement for the team. Under coach Sean McVay, they looked an unplayable team with top performers such as Aaron Donald leading the way. In the end, they made it all the way to the Super Bowl but ultimately lost to the Patriots. This has left many Rams fans eager for the new season to start and the team to go one better this time.

2018 was even better for the Patriots

Of course, every football fan knows that last season was an awesome one for the Patriots with their Super Bowl win. They also clinched the AFC East title before that and looked a really top team all through their victorious campaign. This saw the Patriots win their sixth Super Bowl in franchise history and QB Tom Brady cement his status as one of the best football players ever. Although the entire season did not always go to plan, it was one that Patriots fans will remember for a long time.

As with Rams supporters though, Patriots fans will be eager to see their team do well again in 2019/20. Now that the first games have been played, it is a good time to get some early impressions of how each are looking for this year’s NFL.

How did the Rams fare in their opener?

For their first game, the LA-based side were playing away at the Carolina Panthers. The final score was 27-30 to the Rams, which gained them a nice win to kick off the season. Of course, the real question for fans is how did they play, and are the signs good for another Super Bowl run this year?

In truth, it was a solid performance that did little to inspire. It really was a grinding kind of win with a job-done feel about it, rather than a display of attacking intent. This could simply be because it is the first game though and players are still shaking off postseason rust. Todd Gurley looked surprisingly subdued, but the rest of the defense were on usual potent form. Much credit has to be given here to a Panthers defense that worked hard to keep LA bottled up as much as it could. For Rams fans, it is hoped that they will click into gear when facing the New Orleans Saints.

What about the Patriots?

The Patriots, on the other hand, were straight back at it on the opening game with a dominant 33-3 win against the Pittsburgh Steelers. Much credit has to go to the evergreen Tom Brady, who was in fine form. The 42-year-old was 24 from 36 passes and looks set to power his team to another great season. The rest of the side followed his example and made light work of a limited Pittsburgh side.

Compared to the win fought out by the Rams, this was a much more expansive and entertaining victory. If the team can carry on in the same vein moving forward, then another Super Bowl could be headed their way. Of course, there will be much stiffer tests to get past than a Steelers team who made it pretty easy for them.

Signs are good for both teams

What will please the fans of both teams is that they both got off to winning starts. However it comes, getting that opening game win perfectly sets up any side to then go on and do well as the year unfolds. By picking up a victory each, this is exactly what both teams have done. Patriots fans will simply hope for more of the same, whereas Rams fans will hope to see their team really come alive in the next game.

It promises to be another great NFL season

The NFL is arguably the biggest sport in the US for a good reason. It has so much excitement, drama, spills and thrills. As the next round of game approaches, this is sure to remain true. If both teams can continue their winning habit, then fans of each will start to think of a Super Bowl appearance once more. Who knows, we may see a re-run of the 2018 final.
Last modified on Wednesday, 18 September 2019 15:25
Tagged under
Tweet

More in this category: « 10 Drunken Observations on M*A*S*H Awards=HOF? Part Thirty-Seven: The NFL Offensive Player of the Year »