In 1967, Indianapolis would become the home of the Indiana Pacers, which arguably was the most successful team of the American Basketball Association.  In retrospect, how could it not be?

Indianapolis was a growing city, but in the late 60s, the had no professional sports team, just the famous (and still famous) Indianapolis 500.  The town was in love with basketball, and it was worth taking a shot, and six investors did just that.  While many of the other ABA franchises relocated or folded together, the Pacers stayed firm and won three ABA Championships (1970, 1971 & 1973) with stars like Mel Daniels and George McGinnis.

When the ABA merged with the NBA, the Pacers were one of four teams who joined, but like the three other teams who entered the NBA.  Unfortunately, they had financial issues where they had to pay an entry fee and were not able to share in television right for the first four years.  This turn of events led to the Pacers being bad for a while, and it took until 1981 for them to make the NBA playoffs.  Afterward, they went in another playoff drought, and in the 1980s, would only have two playoff appearances.

The 1990s would be better, mainly due to Reggie Miller, the sharp-shooting guard who would later be a first ballot Hall of Fame inductee.  They would make the Eastern Conference Finals four times in the 1990s but were unable to get over the hump.  It took their fifth try, 2000, where they finally made the NBA Finals but would lose to the Los Angeles Lakers in six Games.

Going into the new millennium, the Pacers were still good, and Miller was able to will his team into the 2004 Eastern Conference Finals.  They were pegged to win it all in 2005 potentially, but the "Malice at the Palace" event occurred; the infamous incident where Ron Artest was charging into the stands after he a drink was thrown at him.  Several of his teammates followed him in, and Artest was suspended for the rest of the season.  Other suspensions followed, and the Pacers were never the same for the rest of the decade.

Note: Basketball lists are based on an amalgamation of tenure, traditional statistics, advanced statistics, playoff statistics, and post-season accolades. 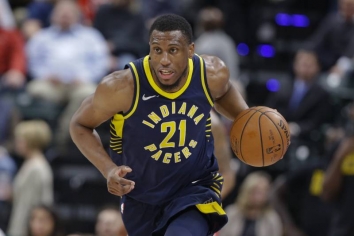 Top 50 Indiana Pacers
Add new comment
Thaddeus Young was a Second Team All-Rookie with the Philadelphia 76ers in 2007, and a decade later, he would join the Indiana Pacers for three seasons from 2016-17 to 2018-19.
Read more 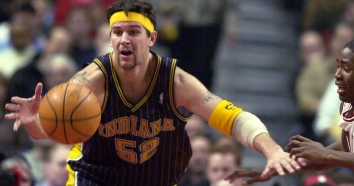 Top 50 Indiana Pacers
Add new comment
Brad Miller only played 101 Games for the Indiana Pacers, but in the year and a half he played in the Hoosier State, he was one of the better Centers in Association.
Read more 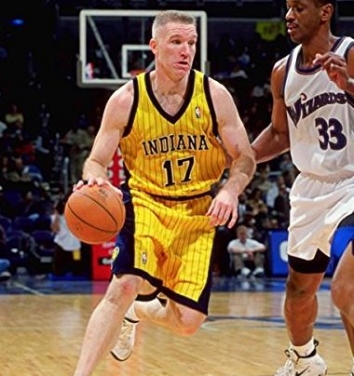 Top 50 Indiana Pacers
Add new comment
Chris Mullin went to five All-Star Games when he was with the Golden State Warriors, and he was a member of the 1992 U.S. Olympic Dream Team.  Those facts may have occurred years before he arrived in Indiana, but he did not become a Pacer with his gas tank on "E."
Read more 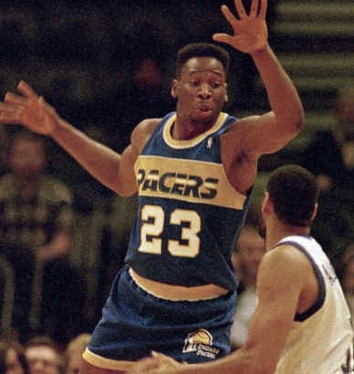 Top 50 Indiana Pacers
Add new comment
Wayman Tisdale was drafted 2nd Overall in 1985, and he was a good player, but he sometimes gets maligned as there were players who were chosen after him (Charles Barkley, Chris Mullin, and Karl Malone) who would go on to have Hall of Fame careers.  Looking back, you can see why the Pacers chose him as he was a three-time First Team All-American at the University of Oklahoma, and he did have a good career…
Read more 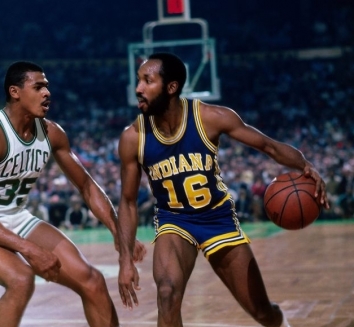 Top 50 Indiana Pacers
Add new comment
Johnny Davis arrived in Indiana in a trade from Portland, and he would embark on the most productive seasons of his career.  In his first year with the Pacers, he would post an 18.3 Points per Game Average, which would be the best of his career.  His best year would be his second one in Indiana (1980-81), where he had a 14.4 PPG with a career-highs in Assists (6.3) and Steals (1.3).  That year he…
Read more 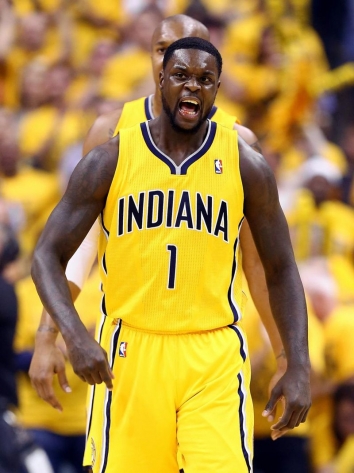 Top 50 Indiana Pacers
Add new comment
Known for blowing in the ear of LeBron James during a game, Lance Stephenson knew how to get attention, and if you let him, he would get under your skin.
Read more 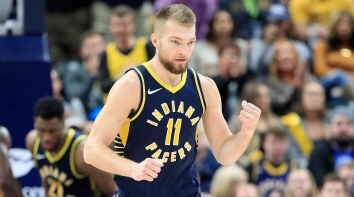 Top 50 Indiana Pacers
Add new comment
When Indiana knew they were going to have trade Paul George, they landed Victor Oladipo, who lived up to his potential, and Domantis Sabonis, a Center who had played only one year at OKC.
Read more 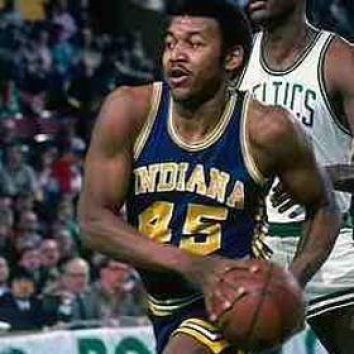 Top 50 Indiana Pacers
Add new comment
Clemon Johnson was traded from Portland before the 1979-80 season and after his rookie campaign.  Johnson would get to play more than he did in Portland, though he was still mostly used off of the bench.  His run with the Pacers would last for three and a half seasons, where he would average 7.9 Points and 6.0 Rebounds per Game.  Johnson was a good blocker, and he finished in the top twenty in Blocks per…
Read more 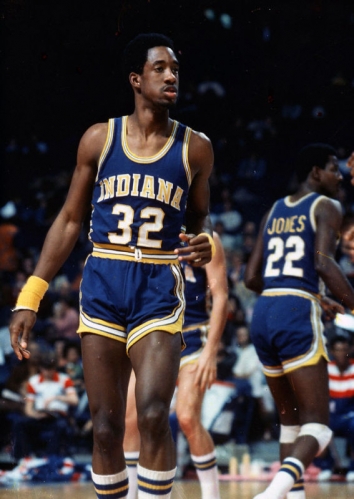 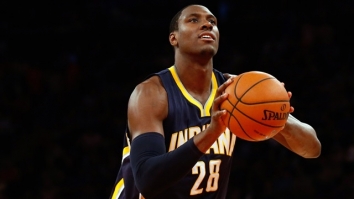 Top 50 Indiana Pacers
Add new comment
From France, Ian Mahinmi would play four years for the Indiana Pacers after being traded from the Dallas Mavericks in the summer of 2016.  Mahinmi would play off the bench at Center, where while he performed well, his free throw ability would sometimes make him a liability as opponents would want him on the line.  He would have his best season in 2015-16 (his last in Indiana), where he would become the starting Center.  He…
Read more
Subscribe to this RSS feed