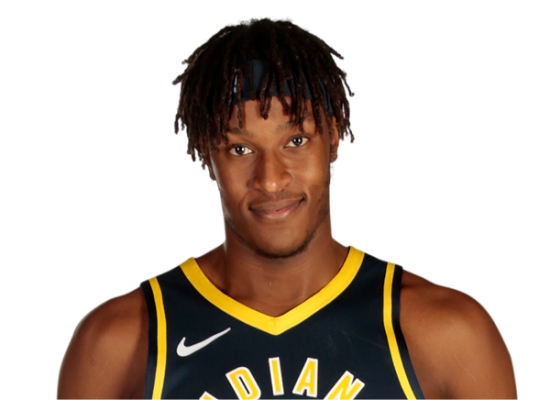 Myles Turner has been in the NBA for six seasons now, all of which with the Pacers, where he has become one of the game's best blockers.

Chosen 11th Overall in 2015 from the University of Texas, Turner was a Second Team All-Rookie and averaged 10.3 Points per Game.  After his rookie year, Turner has never had a season since where he dipped below 12 Points per Game, but he has grown his Rebounding and Blocking numbers since his rookie year.  In 2018-19, Turner would lead the NBA in Blocks per Game (2.7), and as would do so again last year with 3.4.

For a Center, his rebounding numbers are low, but this can still improve.  As he is still with Indiana, he should easily climb much higher on this list.