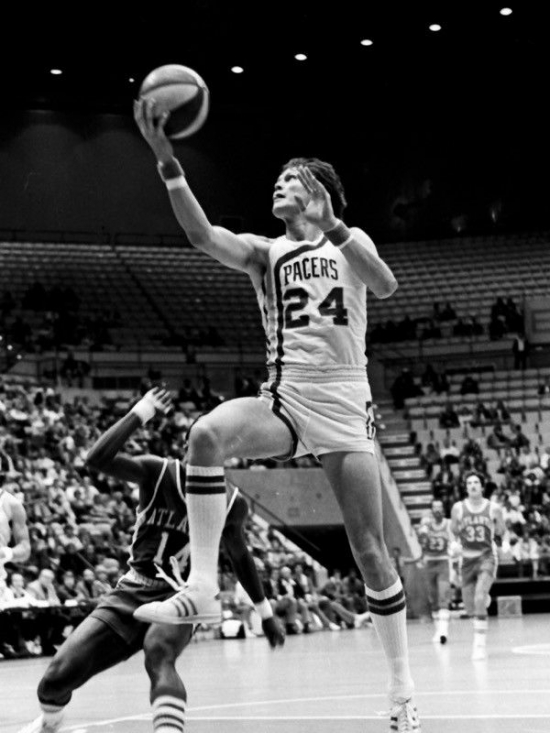 An original Indiana Pacer, Bob Netolicky, signed with the new team as opposed to the San Diego Rockets, who chose him in the Second Round.

Incredibly popular and also a little eccentric (he had a collection of exotic pets), Netolicky was a First Team All-Rookie, and during his first three seasons, he would average a double-double and come close in his fourth.  In all of those years, he was chosen for an ABA All-Star, and in 1969-70 he was a Second Team All-ABA Selection when he had a career-high 20.6 Points per Game.  He would later be traded to Dallas, and after a short stint in San Antonio, he returned to the Pacers and finished his career there.  He retired after the ABA folded and had a career Pacers average of 15.7 Points and 8.9 Rebounds per Game.