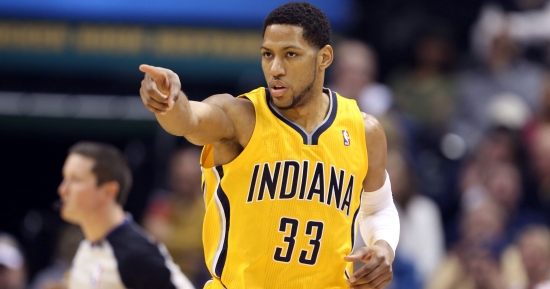 Danny Granger played the majority of his career with the Indiana Pacers, where he was a model of consistent progression.  This isn't hyperbole as he became the first player ever to raise his Points per Game Average by at least five points in three consecutive seasons (2005-06 to 2008-09).  In that last season, Granger had the best year of his career as his 25.8 PPG placed him 5th overall, and he would also be named an All-Star and the Most Improved Player of the Year.  Granger was never an All-Star again, but he followed that up with two more 20 PPG plus seasons, and he was the team's leading scorer for five straight seasons.

Granger was good, but he was only able to take them to the playoffs twice.  Injuries piled up in the 2012-13 season and would continue to so until he was shipped off to the Philadelphia 76ers in early 2014.  He would leave Indiana with a PER of 17.3 and a PPG of 17.6.