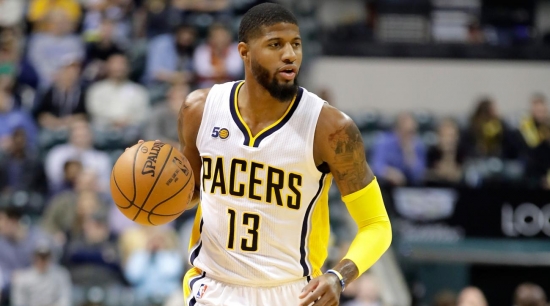 While Paul George’s may have had better seasons after he left Indiana, it can’t be forgotten that he cut his teeth as a Pacer and developed his All-Star form there.  The blunt truth is that he became one hell of a player in Basketball's Heartland.

A 10th Overall Pick from Fresno State, George progressed the way any player should.  He was a Second-Team All-Rookie, grew his stats in his second year, and his third year (2012-13) he would be named an All-Star, won the Most Improved Player of the Year and was named both a Second Team All-Defensive and Third Team All-NBA Selection.  George had become the primary option for Indiana, and he took the team to the Eastern Conference Finals.  His production improved the following season, as George had his first season averaging over 20 Points per Game (21.7).   George repeated his trifecta of an All-Star appearance, a Third Team All-NBA appearance, and a trip to the Eastern Conference Finals, though this time, he would be a First Team All-Defensive Selection as opposed to Second Team.  George was poised for the elite, but disaster would strike as he had a compound leg fracture in a U.S. World Cup training camp scrimmage.  The Pacers were decimated with that loss, and he would miraculously return to play six regular season games that year, which had to be six more than anyone thought they would see out of Paul George that year.

George would have a full recovery and would put together two straight 23+ PPG seasons, both of which would see him go the All-Star Game and have a PER over 20.  He would propel the Pacers to the post-season, though realistically, George was the only big gun that they had.  With his impending free agency, the Pacers would trade him to the Oklahoma City Thunder after the 2016-17 Season.

George left Indiana with decent numbers of 18.1 PPG and PER of 18.5