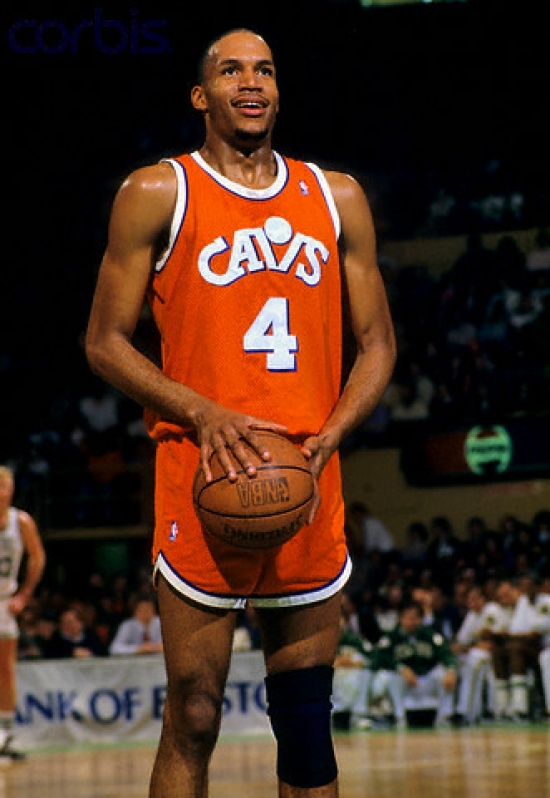 Harper was drafted 8th overall by the Cavs in 1986, and as a rookie, he would be asked to be the team's scorer.  His rookie season would see him score 22.9 Points per Game, which would be his career-high.  The Shooting Guard again would have a 20 plus PPG in his third year and was averaging 22.0 Points before he was traded midway through the year to the Los Angeles Clippers.  Harper overall averaged 19.3 Points per Game for Cleveland, but he was honing his defensive skills, namely his ability to steal the rock.  Harper was third in overall  Steals as a rookie and was seventh in his third season.  Had he played longer for Cleveland, he would be much higher on this list.