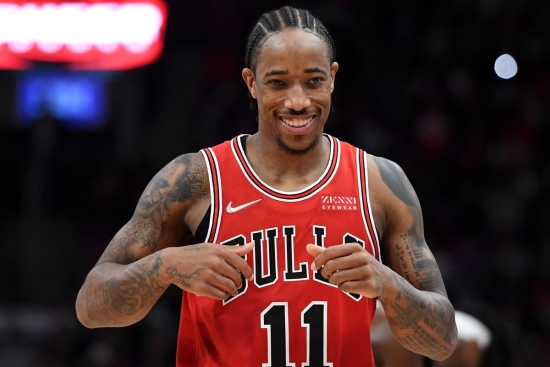 We admit it.  When DeMar DeRozan joined the Chicago Bulls in 2021 in a sign and trade, we thought he would put up decent numbers but at no point did we think he could be an MVP contender at this stage in his career.  But that is what he did!

DeRozan shocked the Windy City with what was arguably his best year in Basketball, earning Second Team All-NBA accolades and a fifth trip to the All-Star Game, both for the first time in four years.  Posting a career-best 27.9 Points per Game, DeRozan led the NBA for the first times in Field Goals (774) and he helped take the Bulls back to the Playoffs.  This was the season that DeRozan needed, and he has the makeup to do it again.