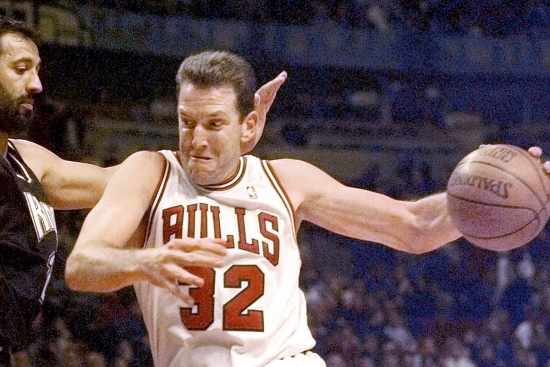 The 1988 SEC Player of the Year at Vanderbilt, Will Perdue, was Chicago 1stRound Pick (11thOverall), where the Center would become Bill Cartwright's backup for six years.

Perdue played for Chicago for seven seasons, and while he only had one season where he averaged over 15 Minutes per Game (1994-95, his last), he knew what his role was, and he executed well. Perdue was a very good rebounder, and his Rebounding Percentage of (17.5) reflects that.  A backup in Chicago's first three NBA Championships, Perdue averaged 5.9 Points and 6.9 Rebounds per Game, solid numbers over only 13.6 Minutes per Game with the Bulls.

The Center was traded to San Antonio for Dennis Rodman, who helped the Bulls win three more Titles.  Perdue's days of championships were not over, as the big man aided the Spurs in a title in 1999.

Like Cartwright, Perdue's rank on this list has a cap where a player with a negative VORP can only go so high.