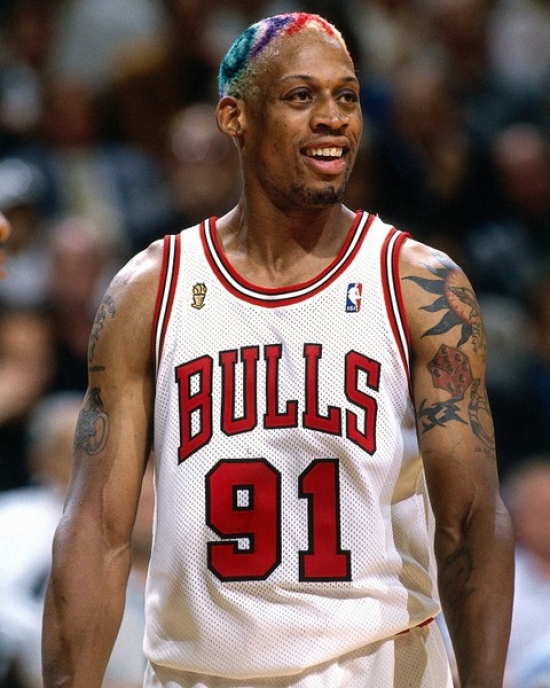 On every best-of list for a team, there is one that is one player that seems impossible to rank.  For the Chicago Bulls, that is Dennis Rodman, who we have rated lower than most other publications have, though statistically, we can actually justify placing him five spots lower.

Rodman was already a legendary figure before he got to Chicago, and that was not just on the court.  Forgetting about the other things that made him famous (and infamous), Rodman was coveted by Michael Jordan and the Bulls for his rebounding prowess.  He had led the league in boards four years in a row before he got to Chicago, and Rodman did it again in all three seasons as a Bull.  As you also know, Rodman was a large component in Phil Jackson's Bulls team that had their second "three-peat."

Where Rodman loses spots on this list is that for a Power Forward, his blocking numbers were abysmal, and while he was never a scorer, to begin with, he only averaged 5.2 Points per Game as a Bull. His Free Throw Percentage was awful (.548), and his advanced numbers (a PER of 13.2 in Chicago) reflect his very one-dimensional game.

While this is all valid criticism, Rodman's lone dimension shattered everyone else in the NBA.