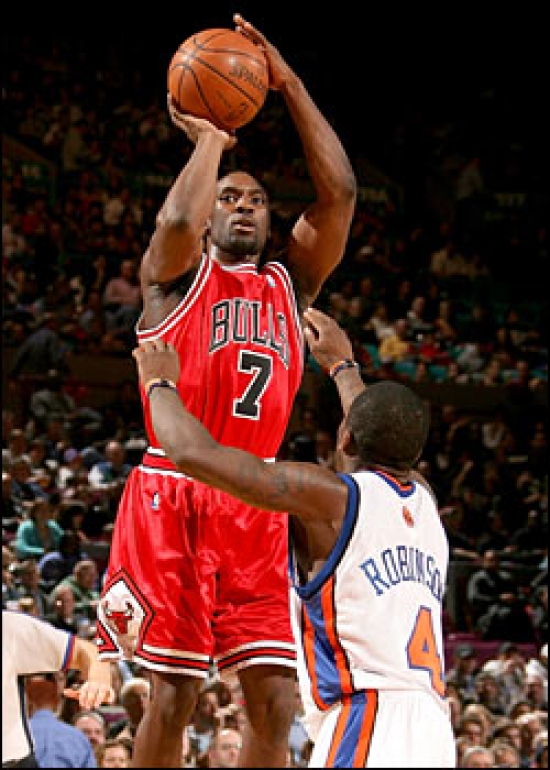 Ben Gordon led the University of Connecticut to an NCAA Championship in 2004, raising his draft stock to where he was taken number three by the Chicago Bulls.

The Shooting Guard came off the bench as a rookie, and he executed that role so well that he was named the Sixth Man of the Year with a 15.1 PPG.  As a sophomore, he started half of his games, though his stats did not rise proportionally to his increased minutes.  This changed in his third year, as Gordon had his first 20-plus year (21.4) and a career-high in PER (18.2).

The shoot-first Gordon had two more years in Chicago (18.6 and 20.7 PPG, respectively), but he was ready to test free agency, and he bolted for Detroit.

Gordon never replicated his success in Detroit, but his five years in Chicago were strong, with an overall PPG of 18.5.