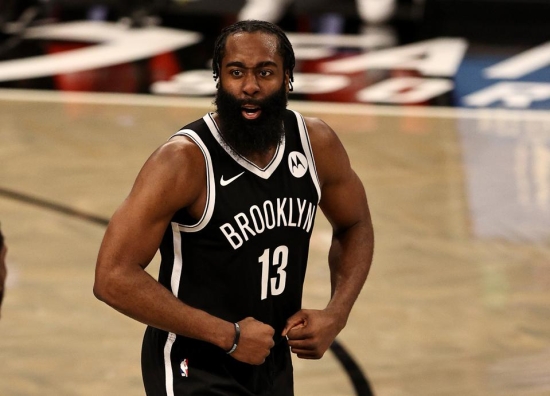 The complex history of James Harden had a brief stop in Brooklyn, where as tumultuous as he might be, “The Beard” was still one of the top performers in Basketball.

After years of All-Star seasons, all with growing frustration that his Houston Rockets could not make the Finals, Harden asked for a trade in the 2020 off-season. Eight Games into the year, Harden obtained his wish, traded to the East with the Brooklyn Nets, who formed a new “Big Three” with Kyrie Irving and Kevin Durant. The promise was there, but the results did not matriculate.

The trio were rarely on the floor together due to rotating injuries, but Harden always sparked for the Nets when he played.  An All-Star in 2021, Harden was still a potent scorer, averaging 24.4 Points per Game for Brooklyn over 36 Games.  The following year, Harden was still scoring well, with a 22.5 PPG in 44 Games, but Harden again was frustrated, and asked for a trade, with Philadelphia being his landing point.

Harden never had a full season for Brooklyn, but the game of Basketball is a star’s contest where the elite dominate. Even with under 100 Games as a Net, the numbers don’t lie, even though it was overall a failed experiment.