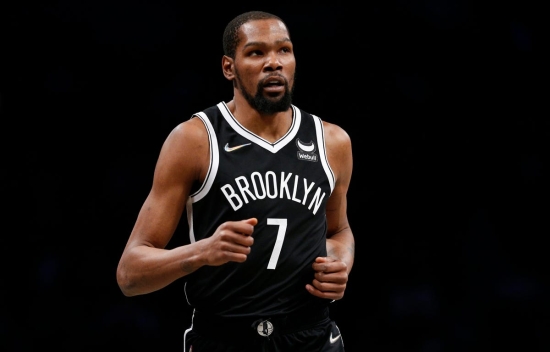 Kevin Durant will never be the player who you think will give you the best interview, or the one who will get a joke, but KD is a beast on the court and he wants to win, no matter how the optics around his decision making might look like.

Durant went down with a torn Achilles in the 2019 Finals when Golden State lost to the Toronto Raptors.  He made his intent clear to leave GSW for the Nets, and a sign-and-trade was engineered though Durant had to sit out the entirety of the 2019-20 campaign during injury.

Making his return to the court in December of 2020, Durant was joined by James Harden three weeks later and along with Kyrie Irving, this was the next “big three” that would win it all!  That didn’t happen, and Harden barely lasted a year, but the Nets problems can not be traced to Durant’s performance (when healthy).  Durant was a Second Team All-NBA Selection last year, and has averaged over 28 Points per Game as a Net in his limited run.  He is still a mega star, and though he seems unhappy (again), his play can’t be questioned.