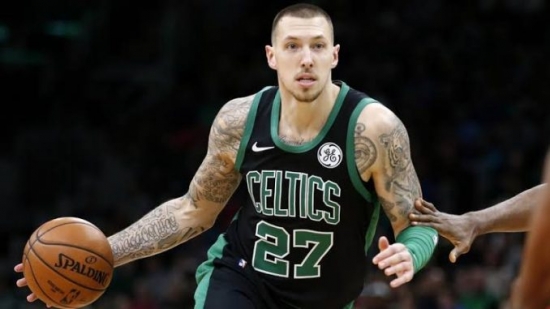 When Daniel Theis was draft eligible in 2013, the German Center was not on anyone’s radar.  This changed when after four seasons as a German League All-Star, and German League Champion with Brose Bamberg, he was on the North American radar, and the Celtics signed him in 2017.

Theis was a bench player in his first two years, barely averaging 14 Minutes per Game, but he was a nice change of pace with his European style of play.  While he was not the most physical player, Theis can’t be classified as soft either.

In 2019-20, Theis became a starter, and showed improvement defensively with a 1.3 Blocks per Game Average with a Celtic-high 6.6 Rebounds per Game.  Theis was much of the same in 2020-21, and he helped them go deep in to the playoffs.  He left Boston when he was traded during the 2020-21 season to the Bulls.