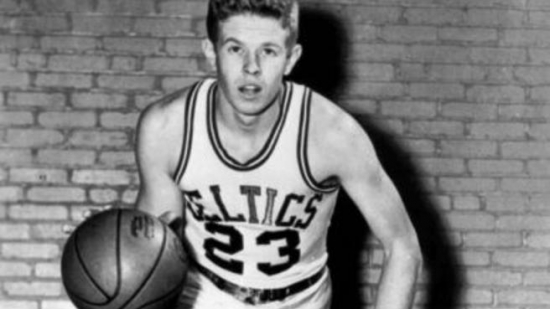 From Kentucky, and a former star at the University of Kentucky, the appropriately nicknamed "Kentucky Colonel," Frank Ramsey, was a champion in the NCAA and helped lay the groundwork for the Celtics dynasty that would begin in the last half of the 1950s.   Ramsey was not the star of the team for Boston like he was as a Wildcat, but he was an efficient player with excellent court vision who was selfless, an essential attribute for those early Boston powerhouse teams.  As such, he was an important piece to helping the Celtics win their first seven titles, and over his nine-year career (all with Boston) he would average 13.4 Points per Game.

Ramsey would be inducted into the Naismith Basketball Hall of Fame in 1982.