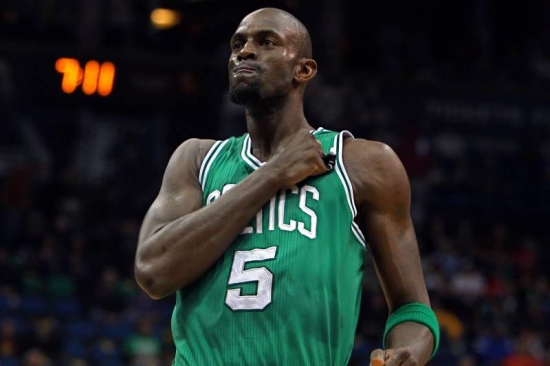 Kevin Garnett was one of the best players in the NBA, and he carried the Minnesota Timberwolves for years. But there was only so far he could take them without having any real star power around him.  Garnett grew frustrated, and he was traded to the Boston Celtics who gave up five players and two number one picks for the former MVP.  The Celtics had also acquired Ray Allen, and along with incumbent, Paul Pierce, Boston had a big three that content with anyone, and they did so immediately!

Bringing intensity and desire to win, Garnett would help bring the Celtics the NBA Championship in 2008 in his first season with Boston.  For his individual efforts, he would win the NBA Defensive Player of the Year Award and was a First Team All-NBA Selection.  Garnett would be named an All-Star five times in Boston and was a three-time First Team All-Defensive Selection, and while his skills were declining year by year in the six seasons, as a Celtic he became an iconic figure in his second NBA city.