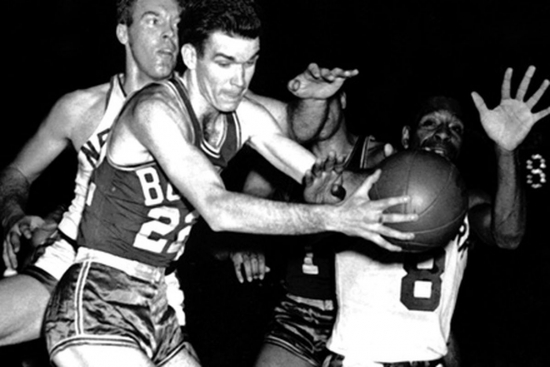 While this ranking might seem high considering that Ed Macauley did not win the NBA Championship with the Boston Celtics, this was a man who would become a Naismith Basketball Hall of Fame inductee primarily from what he did in Boston before they would become the franchise that we all know and (maybe) love.)

The Center would become the Celtics star of the 1950s where he was named to the All-Star Team every year from 1951 to 1957.  “Big Ed” would show his efficiency by leading the NBA in Field Goal Percentage twice and showcasing an exemplary 21.6 PER as a Celtic.

Macauley may not have won a championship with the Celtics, but in 1958 he did win one with the St. Louis Hawks.  He would later enter the Naismith Basketball Hall of Fame in 1960.