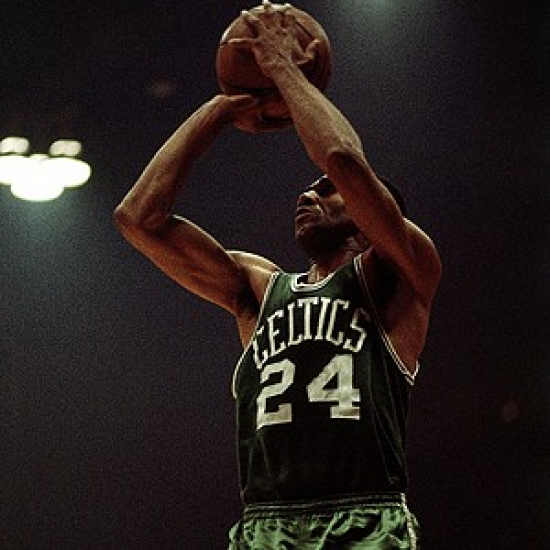 Sam Jones played at North Carolina Central, no not the University of North Carolina, so he was not highly recruited on the NBA level, but Red Auerbach took a chance on him after being told by his scouts that this was, in fact, the best player in the state.  The gamble proved fruitful as the versatile Jones would prove to be one of the best clutch shooters of his era, so much so, that he was nicknamed "Mr. Clutch."

Jones' shooting skills and his smooth shot would find many imitators, and he would finish in the top ten in Points per Game four times.  He would be named an All-Star five times, a Second Team All-NBA selection three times and was part of that Celtics dynasty that won eight straight championships from 1959 to 1966 and would win two more in 1968 and 1969.  Jones was a champion in ten of twelve of his NBA seasons, and his mid-range jumper was forever etched into opponents' minds.

Jones would be inducted into the Naismith Basketball Hall of Fame in 1989.