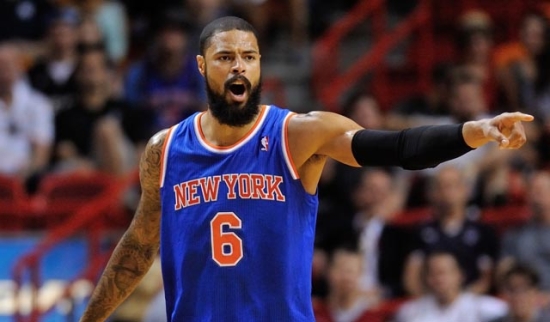 We honestly think that Tyson Chandler is among one of the most underrated players in the history of basketball, and is that not a strange thing to say out a former second overall pick who played twenty years.  So why would we say that?

Chandler began his pro career with the Bulls, and the hype around him and Eddy Curry was bloated.  They could not bring Chicago back to the promised land, and the five years he spent with Michael Jordan's former team was arguably a bust.

Traded to the New Orleans Hornets in 2006 and to the Charlotte Bobcats in 2010, it was his lone year in Dallas (2010-11) where he put it all together.  Chandler was outstanding in this environment, and his defensive skills were finally perfected.  Dallas won the NBA Championship, shocking the LeBron James-led Miami Heat, and he entered free agency as a star.

Chandler signed with the Knicks after, and he was one of the best defensive players in the league.  The Californian won the 2011-12 Defensive Player of the Year, and while he was known mainly for that side of the ball, he led the NBA in Field Goal Percentage that year (.679), and from 2010-11 to 2014-15, he led the league four of five times in Offensive Rating.  Chandler also played for Phoenix, the Lakers, and Houston and was a Gold Medalist for the United States in both the 2010 World Championships and 2012 Olympics.

Chandler likely won't get into the Hall, but his numbers are much closer than you think.

Should Tyson Chandler be in the Hall of Fame?