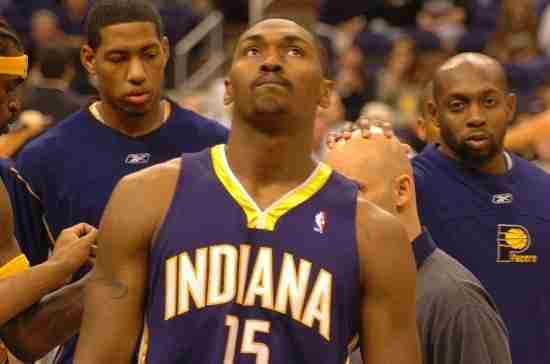 So where do we start? Is it at Ron Artest or at World Metta Peace?


No matter, as this is the same guy and any Hall of Fame discussion does not separate the two.

Say what we want about the eccentric personality as no matter what occurred, what name he wanted to call himself lied one hell of a defensive player who was a one time Defensive Player of the Year and a two time Steal Percentage leader. Metta World Peace probably isn’t a Hall of Famer, but for ones who were on the fence about him, his role initiating the “Malice at the Palace” and essentially derailing the Indiana Pacers title hopes puts him on the wrong side.

Should World Metta Peace be in the Hall of Fame?