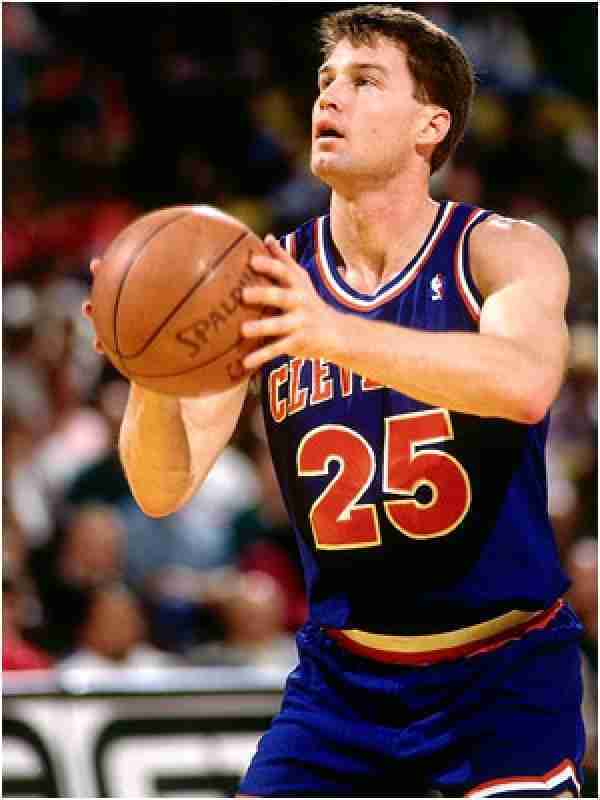 Mark Price was an All-American at Georgia Tech, but he still left questions in scouts mouths who thought he was too small and too slow to play at the next level.  He proved them wrong and then some.  Drafted by the Mavericks late in the 1st round in 1986, a trade to the Cavaliers on draft day was just what he needed.  Price helped turn the Cavaliers into contenders and if it wasn’t for one Michael Jordan he might have a title or two.  He became one of the best point guards in the league with his ability to pass and hit long range jumpers.  Price was also adept at splitting double teams and was the second member of the 50-40-90 club after Larry Bird for players who shot 50 percent from the floor, 40 percent from behind the arc and 90 percent from the free throw line.

In 1993 Price made a first team All NBA team and was a 4 time All Star.  Injuries cut his career short and his accumulative stats are not that impressive but Price’s legacy as one of the great point guards of his era should get him some consideration.

Should Mark Price be in the Hall of Fame?

Should Mark Price be in the Hall of Fame?

He's also had his number retired by Georgia Tech & the Cavs.

Really enjoyed what he brought to the game.
Quote
0 #3 Michael Tabor 2015-12-22 07:13
Deff deserves it was underated through his career!
Quote
-2 #2 Jimmyy J 2015-03-08 20:09
put that man in the HOF. BEST OF IN DA GAME! Only white people can be true PGs. Magic was a forward. THE Athletique blacks good at center or forward less brainey positions
Quote
+1 #1 Carl Keller 2013-05-03 01:31
His stats don't merit Hall of Fame induction. On the other hand Mark Price was one of the best point guards in the league during his career. When healthy, Mark was a nightmare for opposing defenses. I remember an All star game where Scottie Pippen was given the MVP. If there was a CO MVP Award, Mark Price deserved it for his play in that game. Mark was literally unstoppable in that game in the second half.
Quote
Refresh comments list
RSS feed for comments to this post