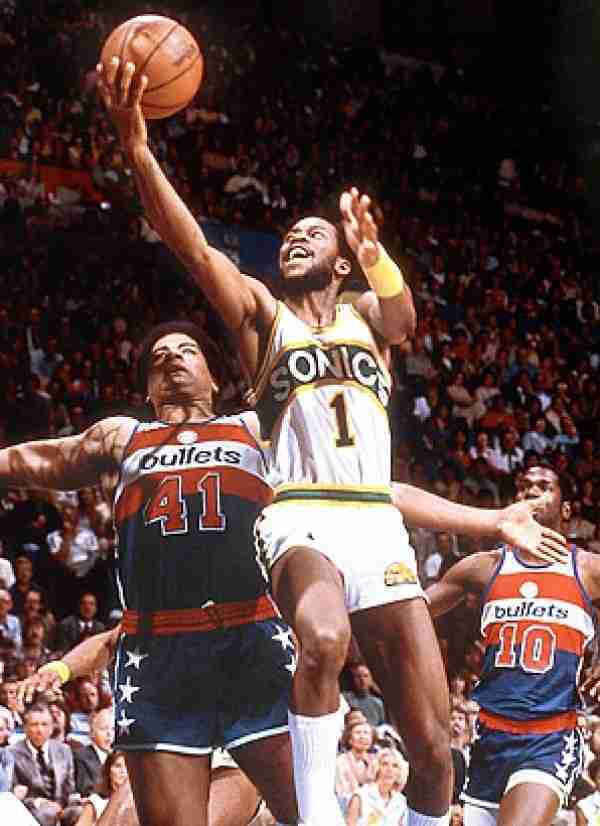 In 1980, Williams was a Second Team All NBA selection and then in the prime of his career Williams sat out 1981 over a contract dispute.  But when he signed he came back better than ever, and was voted to the First Team All NBA squad in 1982.  His ability to both distribute as well as score at the point position set him apart from most of the point guards of the day.  Williams could also defend which was essential to being on Coach Lenny Wilkens teams and his ability to pickpocket defenders and take it the other way made him dangerous.  His statistics are solid, averaging 17 points a game and almost 6 assists plus 2 steals.  What makes him worthy of Hall recognition is that he was one of the few players not yet elected that was the best player on a championship team.

0 #1 Johnny Gushater 2016-10-29 01:40
He is not qualified to be in the hall of fame because his first name is GUS.
Quote
Refresh comments list
RSS feed for comments to this post