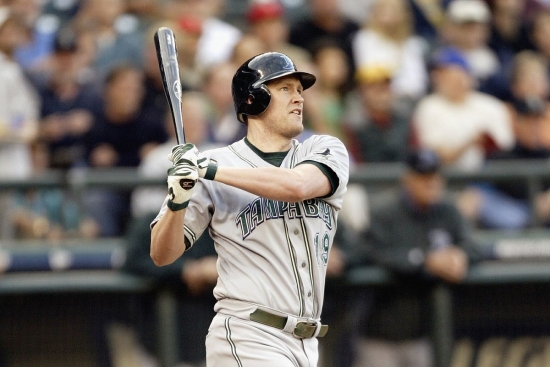 The Major League career of Aubrey Huff began when in Tampa Bay, where he would play his first six seasons.

Huff played at First, Third, and in Rightfield for the Rays, though realistically, he was a poor defensive player, and that does factor in this rank. As a Ray, Huff batted .283 with 128 Home Runs.

He would later win two World Series rings with the San Francisco Giants.