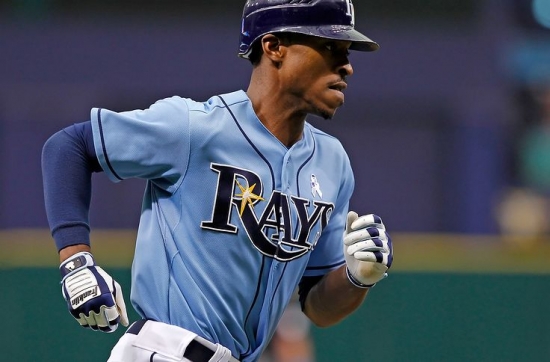 Call him Melvin Jr, or B.J., but we think the former Upton who played for the Rays was a pretty damned good baseball player.

Upton was chosen second overall in 2002 and would make his debut in the bigs in 2004.  It would take until 2007 for him to have a permanent spot where he was Tampa's starting Centerfielder.  He would do well with his bat, showing power and speed with three 20 Home Run Seasons and five 30 Stolen Base campaigns.  He stayed with Tampa until 2012, and he would collect 910 Hits with 119 Home Runs and 232 Steals.