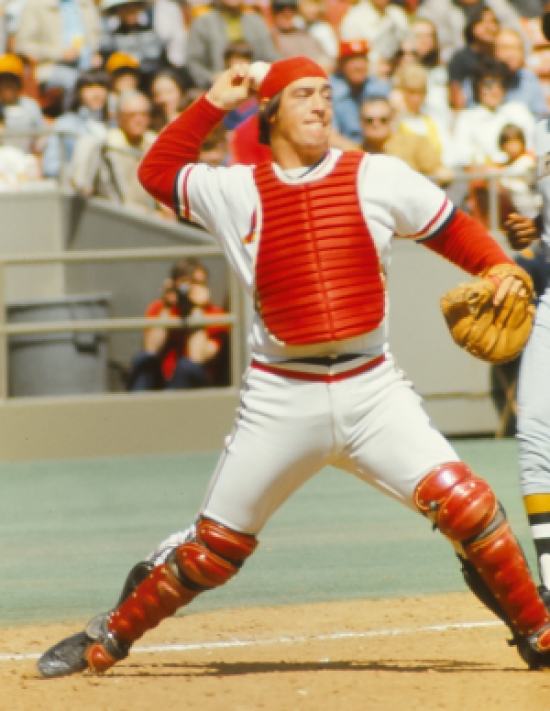 The sabremetricians were right to love Ted Simmons who while he played many knew was a good player, have now been elevated in some eyes to a Hall of Fame snub.

Ted Simmons was a great hitting Catcher who would bat .300 six times as a Cardinal, all of which were good enough to put him in the top ten in those respective years, which included a second-place finish with a .332 Batting Average in 1975.  Simmons would also finish in the top ten in On Base Percentage and Slugging Percentage four times, which remember for the 1970s and for a Catcher was an incredible feat.  He would also have seven seasons where he was in the top ten in Doubles and he would show good power numbers for St. Louis with five 20 Home Run Seasons.

The eight-time All-Star (six with St. Louis) would have 1,704 Hits for a .298 Batting Average as a St. Louis Cardinal.  He was chosen for the Cardinals Hall of Fame in 2015 and the Baseball Hall of Fame by the Veteran's Committee in 2020.  Following his induction to Cooperstown, Simmons' #23 was retired by the team.