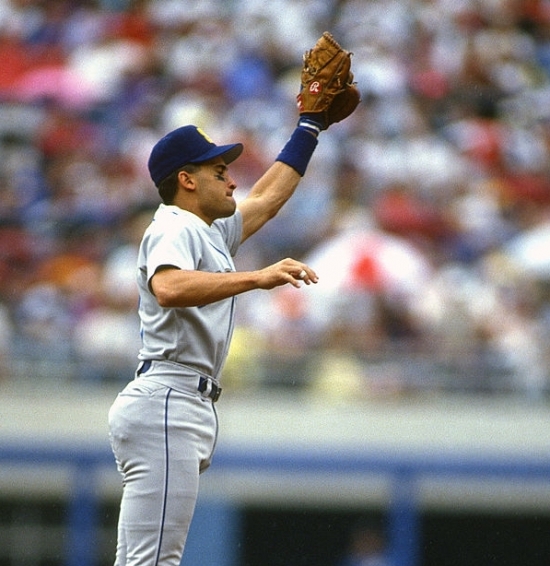 Omar Vizquel is not primarily associated with the Seattle Mariners, but the player who would become one of the best defensive infielders ever would begin his career in the Pacific Northwest.

Signed as an Amateur Free Agent from Caracas, Venezuela, Omar Vizquel was a defensive superstar who showed off his skills first in Seattle.  He would debut in 1989, and while he was a light hitter, his defense was so good that he would see plenty of time.  In 1992, he managed to have a better offensive year with 142 Hits and a .294 Batting Average, and while he dipped to .255 in 1993, he was rewarded with his first Gold Glove.  He was traded to the Cleveland Indians after this year, and he would go on to appear in three All-Star Games.

While Vizquel may have reached legendary status, it can’t be ignored that as good as his glove was, he was a player with the Mariners who only had a Slugging Percentage of .303.  He would have 531 Hits with a 10.6 Defensive bWAR as a Mariner.