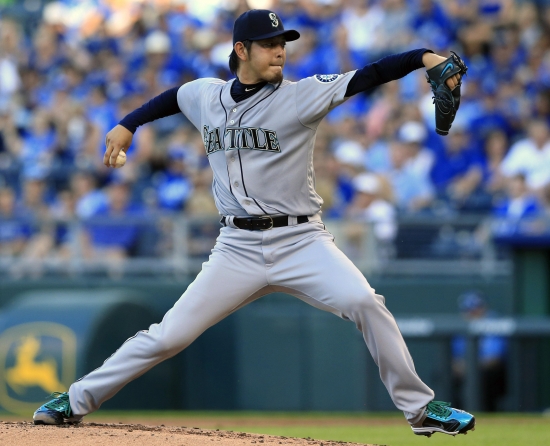 After a dozen seasons in the Japanese League, Hisashi Iwakuma made his way to the United States, specifically with the Seattle Mariners, the only team he would play for in Major League Baseball.

Iwakuma debuted in 2012 and went 9-5 with a 3.16 ERA.  In the year after, he would have the best season of his career in the United States, as he went 14-6 with an All-Star Game appearance and a 2.66 ERA with 185 Strikeouts.  Those numbers were his best in the Majors, and he would also lead the American League in Pitchers with bWAR with 7.2.  He would finish third in Cy Young voting that year.