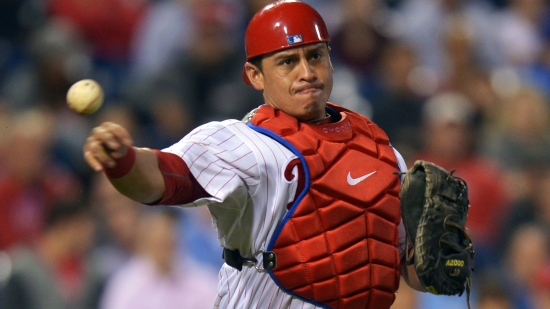 Carlos Ruiz was not always known as one of the top Catchers but realistically he should have been, as he was known as a favorite of Pitchers and was a solid defensive backstop.  The Panamanian’s defense at the plate propelled him to three straight seasons with MVP votes, something that a player who never had over 125 Hits should have had.

While he was never considered a great hitter, his patience at the plate certainly assisted his team overall.  That certainly was more effective in the modern era and enough to land him on the top 50 of a team that has been existence as long as the Philadelphia Phillies.