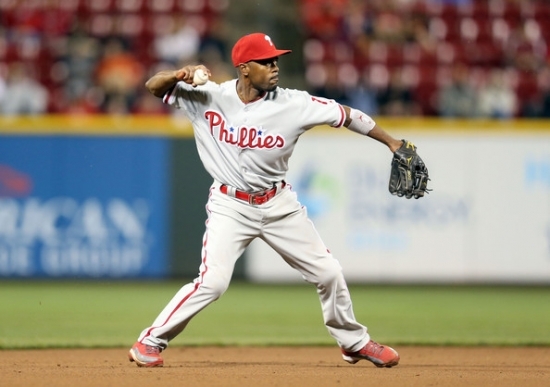 At present, Jimmy Rollins is the all-time leader in Hits (2,306) for the Philadelphia Phillies, which might surprise you considering how many great players the franchise has had over their century-plus in the league.  This is certainly a testament to just how good Rollins was.

As a kid, Jimmy Rollins was a huge fan of Rickey Henderson and it showed in his overall game.  Rollins would play leadoff for most of his career, using smart baserunning to swipe 20 or more bases 13 of his 14 full seasons, while exceeding 40 three times.  He was also a four-time National League Triples leader.  Also like Henderson, Rollins could go yard as he belted 216 for the Phillies.  Defensively speaking, Rollins was more than competent as displayed by his four Gold Gloves.

A three-time All-Star, Rollins put forth his best season in 2007 where he would lead the NL in Runs Scored, hit 30 Home Runs (the only time he would do so), and also had career highs in Hits (212) and Batting Average (.296).  If Rollins had a better On Base Percentage (.327 isn’t that good) his ranking would be much higher.